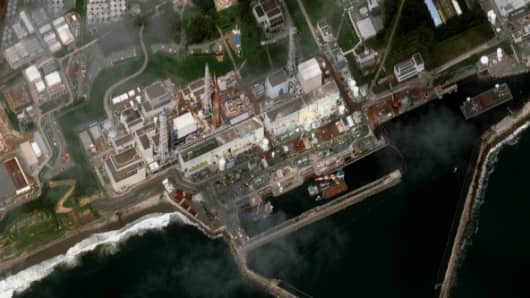 DigitalGlobe | Getty Images
A satellite image of the Fukushima Nuclear Reactor following concerns over a build-up of radioactive ground water.

Highly radioactive water seeping into the ocean from Japan's crippled Fukushima nuclear plant is creating an "emergency" that the operator is struggling to contain, an official from the country's nuclear watchdog said on Monday.

This contaminated groundwater has breached an underground barrier, is rising toward the surface and is exceeding legal limits of radioactive discharge, Shinji Kinjo, head of a Nuclear Regulatory Authority (NRA) task force, told Reuters.

Countermeasures planned by Tokyo Electric Power (Tepco) are only a temporary solution, he said.

Tepco's "sense of crisis is weak," Kinjo said. "This is why you can't just leave it up to Tepco alone to grapple with the ongoing disaster. Right now, we have an emergency," he said.

Tepco has been widely castigated for its failure to prepare for the massive 2011 tsunami and earthquake that devastated its Fukushima plant and lambasted for its inept response to the reactor meltdowns. It has also been accused of covering up shortcomings.

It was not immediately clear how much of a threat the contaminated groundwater could pose. In the early weeks of the disaster, the Japanese government allowed Tepco to dump tens of thousands of tonnes of contaminated water into the Pacific in an emergency move.

(Slideshow: Scenes From the Japan Earthquake and Tsunami)

The toxic water release was however heavily criticized by neighboring countries as well as local fishermen and the utility has since promised it would not dump irradiated water without the consent of local townships. 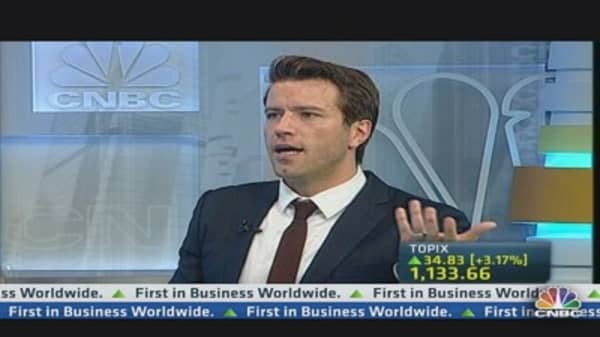 "Until we know the exact density and volume of the water that's flowing out, I honestly can't speculate on the impact on the sea," said Mitsuo Uematsu from the Center for International Collaboration, Atmosphere and Ocean Research Institute at the University of Tokyo.

In the United States, across the Pacific, there was no sense of alarm.

"With the amount of dilution that would occur, any kind of release in Japan would be non-detectable here," said David Yogi, spokesman for the U.S. Environmental Protection Agency.

Eric Norman, a nuclear engineering professor at the University of California, Berkeley, said the latest leak was not a concern.

"The Pacific Ocean is an enormous place," said Norman, who found radiation from the Fukushima nuclear power in California rainwater, milk and plants soon after the earthquake and tsunami. "There's a lot of material between us and Japan. No matter what happens in Fukushima, it's not going to be a problem over here."

Tepco said it is taking various measures to prevent contaminated water from leaking into the bay near the plant. In an e-mailed statement to Reuters, a company spokesman said Tepco deeply apologised to residents in Fukushima prefecture, the surrounding region and the larger public for causing inconveniences, worries and trouble.

The utility pumps out some 400 tonnes a day of groundwater flowing from the hills above the Fukushima Daiichi nuclear plant into the basements of the destroyed buildings, which mixes with highly irradiated water that is used to cool the reactors in a stable state below 100 degrees Celsius.

Tepco is trying to prevent groundwater from reaching the plant by building a "bypass" but recent spikes of radioactive elements in sea water has prompted the utility to reverse months of denials and finally admit that tainted water is reaching the sea.

In a bid to prevent more leaks into the bay of the Pacific Ocean, plant workers created the underground barrier by injecting chemicals to harden the ground along the shoreline of the No. 1 reactor building. But that barrier is only effective in solidifying the ground at least 1.8 meters below the surface. 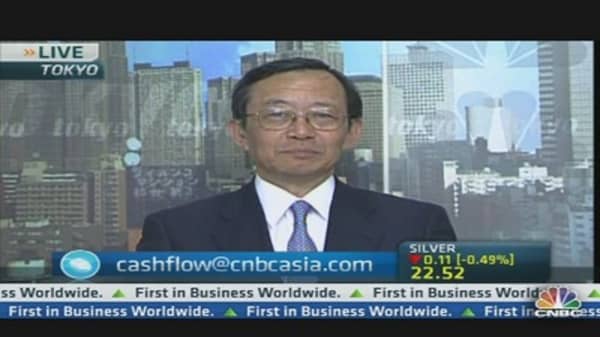 By breaching the barrier, the water can seep through the shallow areas of earth into the nearby sea. More seriously, it is rising toward the surface - a break of which would accelerate the outflow.

"If you build a wall, of course the water is going to accumulate there. And there is no other way for the water to go but up or sideways and eventually lead to the ocean," said Masashi Goto, a retired Toshiba nuclear engineer who worked on several Tepco plants. "So now, the question is how long do we have?"

Contaminated water could rise to the ground's surface within three weeks, the Asahi Shimbun said on Saturday. Kinjo said the three-week timeline was notbased on NRA's calculations but acknowledged that if the water reaches the surface, "it would flow extremely fast."

A Tepco official said on Monday the company plans to start pumping out a further 100 tonnes of groundwater a day around the end of the week.

The regulatory task force overseeing accident measures of the Fukushima Daiichi nuclear power station, which met Friday, "concluded that new measures are needed to stop the water from flowing into the sea that way," Kinjo said.

Tepco said on Friday that a cumulative 20 trillion to 40 trillion becquerels of radioactive tritium had probably leaked into the sea since the disaster. The company said this was within legal limits.

Tritium is far less harmful than cesium and strontium, which have also been released from the plant. Tepco is scheduled to test strontium levels next.

Tepco said late on Monday that cesium levels at an observation post 53 meters from the sea have jumped in the last week. Reading for cesium-134 has risen almost 15 times to 310 becquerels per litre. A becquerel is a measure of the release of radioactive energy.

Cesium-137, with a half-life of 30 years, was also some 15 times higher than it had been five days ago at 650 becquerels per litre. A much larger spike in radioactive cesium in early July in a different well eventually led to Tepco overturning months of denials and admitting that radioactive water had been leaking into the sea.