Why white-collar financial crime is here to stay 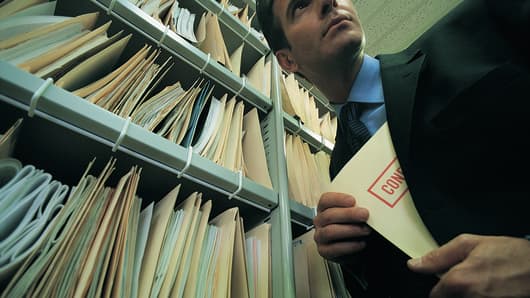 Financial criminals are still one step ahead of the authorities, according to a criminal lawyer, who argues it will be impossible to eradicate economic crime completely despite increased scrutiny of the financial industry.

White collar crime is estimated to cost the global economy more than $2 trillion a year, according to the U.K.'s Financial Conduct Authority (FCA) – with the cost to the U.K. alone at more than £40 billion ($61.9 billion) a year.

The types of crime range from fraud and bribery to insider trading and embezzlement, experts told CNBC, and cybercrime is increasingly becoming part of its evolution.

(Read more: Cybercrime threat? 'You ain't seen nothing yet')

"We're still in a period of flux when it comes to cybercrime and there's still a lot of scope for the criminals to be one step ahead of the authorities and more needs to be done in that regard."

Michael Levi, professor of criminology at Cardiff University, agreed that cybercrime was one of the biggest challenges facing regulators, and added that accounting fraud was also an "endemic problem."

(Read more: Global drugs trade 'as strong as ever' as fight fails) 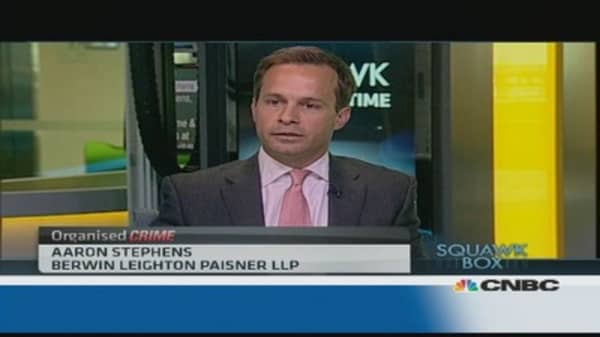 In an attempt to combat financial criminals, the U.S. Securities and Exchange Commission created a program called the "Office of the Whistleblower." The scheme encourages individuals to come forward if they spot irregularities, fraud or unlawful conduct at a corporate level – and "eligible whistleblowers" can claim between 10-30 percent of the resulting fines.

Britain's FCA is considering introducing a similar system, but, according to Stephens, there will always be scope for financial misconduct in the financial markets.

"You can never stamp it out completely. You don't want to have a system that is over-regulated and where people aren't incentivized to take the right kinds of risks," he told CNBC Europe's "Squawk Box" on Wednesday.

"We are getting to the point now where we're trying to find the balance between right risk taking and strongly-regulated and clean markets."

Recent high-profile cases of financial crime include the manipulation of the inter-bank lending rate (LIBOR) in the U.K., and allegations of insider trading at hedge fund SAC Capital in the U.S.