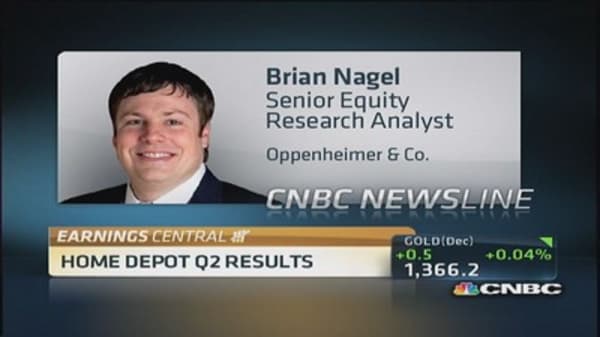 The results, which came just weeks after data showed that U.S. home prices rose in May, provided more evidence that the housing market was healing after years of weakness. 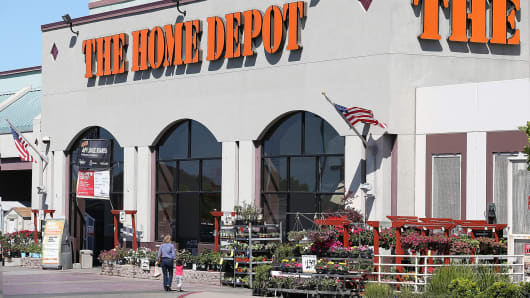 Analysts on average were expecting a profit of $1.21 a share, according to Thomson Reuters.

Comparable store sales for the second quarter were up 10.7 percent, and comp sales for U.S. stores were up 11.4 percent. Nagel said he's focusing on these same store sales numbers because they're "very much a positive surprise" on the upside.

Home Depot shares were higher in premarket trading following the results. (Click here to get the latest quotes.)

"I still view Home Depot shares as inexpensive," Nagel said. "I think if we're having this conversation two years from now, we're going to be talking about a much higher level of earnings for Home Depot as they continue to recover."

Rival Lowe's is set to report earnings before the opening bell on Wednesday. Analysts will be looking for an update on Lowe's plans to expand in California by buying Sears spinoff Orchard Supply Hardware Stores for about $205 million.