Territorial disputes – can Japan afford them? 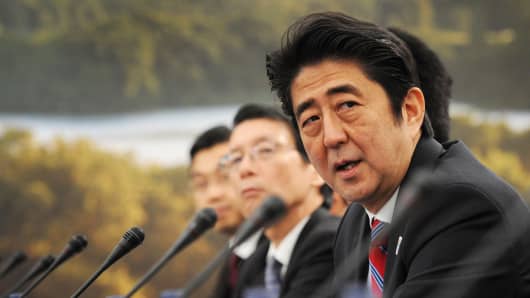 During the two decades of Japan's economic stagnation, trade surpluses contributed about one-third of its total economic growth. But since border disputes with China and South Korea flared up over the last two-and-a-half years, net exports had cut the growth of Japan's aggregate demand by almost an entire percentage point.

The once soaring Japanese exports to China began to weaken in late 2011 and fell 11 percent last year. The rate of decline of Japanese sales to China slowed in the first seven months of this year, but the trade deficit with China during that period still accounted for nearly one-half of Japan's total trade gap.

Some of this radical turnaround in the Sino-Japanese trade can be attributed to China's growth rate stabilizing in the official target range of 7-8 percent, and to a very erratic pattern of China's imports since the beginning of the year. Still, in July, for example, imports rose 11 percent from the year earlier, showing that China's domestic demand remains strong, after a large inventory liquidation in the first quarter.

Clearly, non-economic factors are interfering in the bilateral trade relations of the second- and third-largest economies in the world. Tensions triggered by the territorial disputes in the South and East China Seas are getting worse. And nothing shows that there is a realistic possibility that the military and political standoff is likely to ease. On the contrary, a dangerous escalation is under way.

On August 15 – coinciding with the date Emperor Hirohito announced the surrender of Japan in 1945 – China began a four-day, live-fire naval exercises in the East China Sea. Beijing also sent its aircraft carrier on a ten-day mission in the Bohai Sea off the coast of northeast China.

These are the latest moves in an increasing naval presence of the two countries in and around the territorial waters of the disputed islands the Japanese call Senkaku and the Chinese Diaoyu.

China says that its military exercises and the aircraft carrier move are part of a normal routine. Maybe they are, but it is clear that they have been planned as a response to an expected annual pilgrimage to the Yasukuni Shrine on August 15 by Japan's parliamentarians and Cabinet ministers. Highly publicized visits to the shrine honoring 2.5 million Japanese war dead, including 14 Class A war criminals, is deeply offensive to the Chinese, Koreans and many other Asians who view them as a symbol of an unrepentant Japan.

Here is what Japan's neighbors said about that.

As the Japanese government officials and members of parliament were visiting the shrine, South Korea's foreign ministry issued a statement calling these acts "deplorable," and showing that Tokyo's leaders are "still keeping their eyes shut to history."

China's condemnation in an editorial of the China People's Daily went much further: "With 68 years now passed, the specter of militarism still haunts Japan, threatening China and world stability."

Beijing is not just reacting to the shrine visit. China is infuriated by what it views as an American-encouraged Japanese military buildup. The Japanese aircraft carrier "Izumo," launched on August 6, 2013, is seen by China as a hostile act and a direct provocation because the carrier was given the name of the ship the Japanese navy sent to attack China in the 1930s.

All this shows that a widely rumored "intensive back-channel diplomacy" between Beijing and Tokyo is not working. China and Japan are drifting further apart from a peaceful dialogue to resolve their territorial disputes. But their naval forces are getting dangerously closer in a quasi-daily testing of each other's resolve to assert the sovereignty over parts of East and South China Seas.

Similar difficulties exist in Japan's relations with South Korea concerning Dokdo (or Takeshima) islands in the Sea of Japan currently administered by Seoul. The latest incident was caused by a visit of 13 South Korean parliamentarians to disputed islands on August 13, 2013.

These islands are forcefully claimed by Japan, but Seoul says that there is no dispute there because these islands are "historically and geographically, and by virtue of international law" an integral part of South Korea. Seoul also has open questions with Tokyo regarding Korean women used as sex slaves during WWII and Japan's interpretation of the history of their bilateral relations. 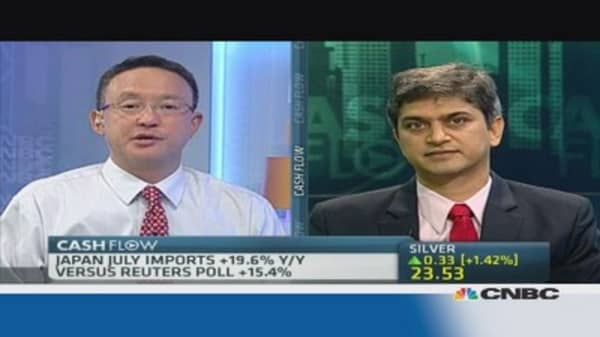 Dumping on US – What China Won't Buy

Clearly, escalating tensions will prevent any significant recovery of Japanese exports to China or South Korea. That is a big loss for Japan because these two markets represent more than one-fifth of Japan's total overseas sales.

Can Japan recoup some of these losses by exporting more to the rest of Asia and to the United States? That is what Japan has been trying to do. Its export drive in the U.S. is working. Things are much more difficult in the case of Asia, because Japan and South Korea represent about 40 percent of Japanese exports to that region.

But expect howls from Washington. In the first half of this year, Japan's exports to the U.S. rose 11.5 percent and accounted for 18 percent of its total overseas sales, displacing China as Japan's largest trading partner. And, over the same period, the Japanese trade surplus with the U.S. grew nearly 20 percent from the year earlier.

Now, watch the coming Tokyo squeeze: Washington is privately crying foul, and the E.U. (prodded by Germany) is publicly on record that it won't tolerate a Japanese export onslaught fueled by the falling yen – a policy most of Japan's trading partners now consider a competitive devaluation under the guise of fighting deflation.

South Korea will also deliver a blow of its own – and a useful hint on how Japan might reconsider its key Asian relations. In addition to spurning Japanese goods and services, Koreans are also fiercely competing with Japan on world markets in semiconductors, capital goods, shipbuilding, LCDs, wireless communications, petrochemicals, etc.

China takes 25 percent of South Korean exports, and sales to China have been growing at an average annual rate of 19 percent since 1992. In July, exports to China soared 14.5 percent, and Beijing remains wide open to trade and investments from its small Asian neighbor.

South Korea has turned down the invitation to join the U.S.-sponsored Trans Pacific Partnership (TPP), but it is actively working on a free-trade agreement with China, its largest trading partner. That is some chutzpah from a country whose survival depends on Washington's military protection.

The South Korean President, Park Geun-hye (a fluent Mandarin speaker and an avid reader of Chinese philosophy), led last June an official delegation to China of 71 businessmen, including the Hyundai chairman. During her four-day visit to China, more than 300 South Korean business leaders and government officials took part in a special forum on Sino-Korean economic relations. That was an impressive show by President Park to reassure some 83 percent of her compatriots who believe (according to Realmeter poll conducted in mid-June, a few weeks before her visit to Beijing) that relations with China are more important than relations with Japan.

All this leads me to think that Japan's Prime Minister Shinzo Abe should reflect again on thoughtful statements he made in his first press conference after assuming office last December. Here is what he said: "China is an indispensable country for the Japanese economy to keep growing." As a result, he went on, "we need to use some wisdom so that political problems will not develop and affect economic issues."

Indeed, Mr. Abe should not wait to be pushed to reconsider by Japanese businesses, or by Washington's realpolitik concluding that a peaceful and constructive modus vivendi with China must be found.

Michael Ivanovitch is president of MSI Global, a New York-based economic research company. He also served as a senior economist at the OECD in Paris, international economist at the Federal Reserve Bank of New York and taught economics at Columbia.