Ackman: 'Retail has not been our strong suit' 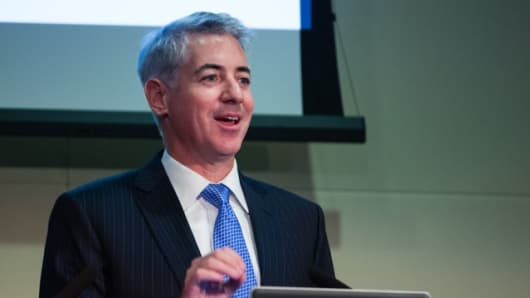 Hedge fund heavyweight Bill Ackman acknowledged in a letter to clients that he has made a few blunders this year but still believes in his bet against Herbalife.

It's been a rough year for the head of Pershing Square Capital.

As if weak returns in the fund's various components weren't bad enough, several of Ackman's peers have publicly mocked him for his missteps.

His bet on J.C. Penney has been a spectacular failure, while investments in Borders Group and Target haven't exactly panned out well, either.

Despite it all, Ackman said he remains encouraged that "our successes vastly overwhelm our failures." 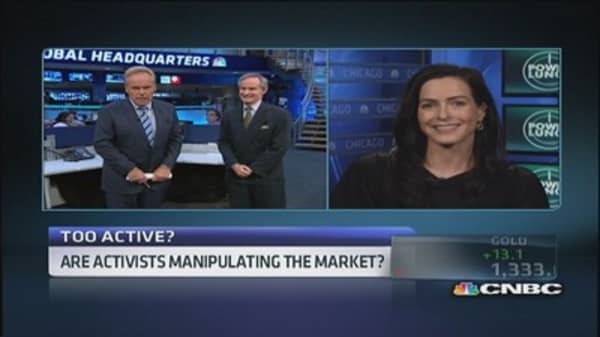 (Read more: Why is everyone picking on Bill Ackman these days?)

"We are going to make mistakes.," he said. "Because we manage a large pool of capital and we make active investments in large-capitalization, high-profile companies, our mistakes are often going to be much more visible than those of other investment professionals," he said in a letter to investors.

"Clearly, retail has not been our strong suit, and this is duly noted."

By contrast, the S&P 500 grew just shy of 14 percent during the same period.

(Read more: This might be when the market returns to normal)

His biggest blunder by far has been Herbalife, the diet and nutrition product distributor that Ackman has compared to a pyramid scheme. It shares are up more than 20 percent over the past year and 80 percent since late February, but he continues to maintain that Herbalife is doomed.

Fellow activist investor Carl Icahn has publicly feuded with Ackman over Herbalife—including a stunning on-air battle on CNBC in January, Others, including Dan Loeb at Third Point and George Soros, have joined the anti-Ackman onslaught.

"In the short term, the market is an indicator of what the majority of participants who are invested in Herbalife believe," he said. "The facts and fundamentals will ultimately determine whether or not we are correct."

One of the facts he cited was the recent apparent suicide of John Peterson, whom Ackman describes as "one of the top few distributors in the Herbalife system.

"The stock declined 4.1 percent on the news, potentially because of the impact on other distributors' confidence from his death and what it may suggest about top distributor business prospects going forward," he said.

Aside from his well-publicized travails, Ackman is unshaken.

"While the recent press reports on Pershing Square have focused on two recent, loss-making investments, we believe our long-term record speaks for itself," he said. "We believe our activist track record, both long and short, is the best of any activist investor of which we are aware."