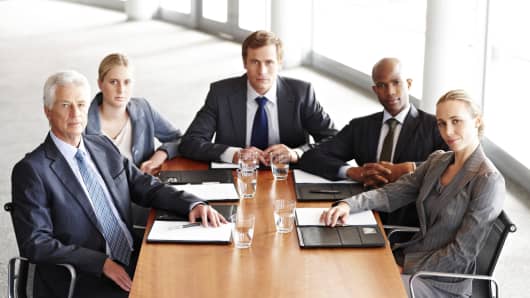 Thinking about wearing that red tie to a meeting with the managing director today? You might want to think again.

Body language and nonverbal communication can have a big impact on your professional life and can ultimately make or break a deal, business relationship or even your financial success, according to a legion of body language books.

"In business, one of the most important things is the impression you give people," Eliot Hoppe, an author and expert on body language, told CNBC.

Body language encompasses body movements, facial expressions and gestures as well as the tone of your voice. Here are Hoppe's top tips to optimize your chances of business success.

1) Posture: People make up their minds about others in just the first four seconds, Hoppe said. "In business, you've got to remember that when you walk into a boardroom, people have already made a decision about you by the time you sit down."

To ensure you go into business meetings as equals walk in with a good posture. "Stand upright, have a brisk walk, you want to convey that you want to be there and are confident," Hoppe said. "If you slump your shoulders—what message will that give?"

We all have "fronts" but you have to make that outward appearance of confidence believable—people can see through it easier than you think. 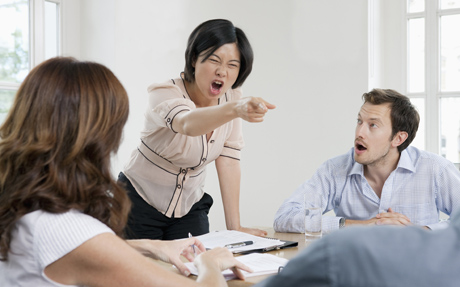 2) Handshake: Touch can be a big part of body language, get it wrong and you can end up with a black eye or dismissal—get it right and you can literally gain the "upper hand" in a business transaction.

"For most parts of the world, a handshake in business is the norm and just from that you can get an idea if the person is being dominant and aggressive or passive," Hoppe said.

One word of warning: Watch out for the "power play" that can take place.

Simple observations such as a limp or firm handshake are easy. Watch out if when shaking someone's hand the other person tries to turn the handshake so that their hand is on top. "This is a power play," Hoppe said. Most handshake power plays are sub-conscious but occasionally you will find that in order to appear submissive someone will willingly give you "the upper hand."

Also watch what the "free" hand does in a handshake. Does the other person use the second hand to shake your hand or to pat your other arm?

"The higher up [your shoulder] the free hand goes, the bigger the power play," Hoppe said.

George Bush and Tony Blair were a classic case of touch power play, for instance. "Who would pat the other's arm higher up or who would enter a door first was always an issue," Hoppe said.

Just one more thing to remember. Don't hold a drink in the hand you use to greet people. "All people will feel is a cold, wet hand," Hoppe said. "That won't give a good impression."

3) Touch: Never touch your face. It conveys deceit, insincerity and mistrust, according to Hoppe, while touching one's lips can indicate a lack of agreement.

"When you see someone touch their face you instantly distrust them or feel uneasy about them."

4) Tonality: The tone of your voice make up a large part of nonverbal communication.

Also, watch out: A person who is trying to deceive someone will tend to raise the voice at the end of a sentence—trying to convince either himself or you.

5) Dress: Red and yellow are power colors. Be careful when choosing them. They can either convey confidence or come across as arrogant to your boss.

6) Feeling vulnerable: Look at items such as a your colleague or client's pen or glasses—are they chewed at the ends? How do they hold a book or briefcase? Scrutinizing these behaviors indicates how that person approaches negotiations, as well as his thought processes and business confidence.

"When we feel vulnerable we protect our neck area. When another person feels vulnerable too they will try to protect themselves—holding a book or papers over their chest or touching their neck—these are all self-assurance techniques," Hoppe said.

7) Standing position: If you want to have the best face-to-face rapport with someone, take a small step to your left so that your right eye is directly facing your colleague's right eye. Hoppe said 75 percent of people surveyed feel more comfortable than when standing to someone's right.