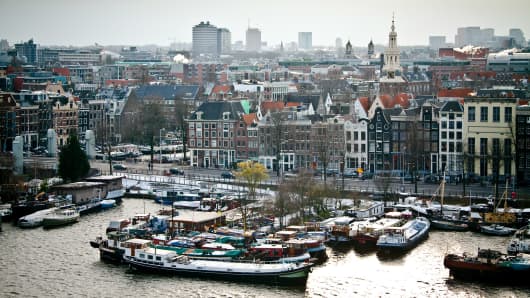 A housing crash, rising unemployment and weak growth leaves the AAA-rated Netherlands teetering on the brink of a credit downgrade. But analysts said more is at risk than the country's perfect credit rating, with political tensions and dismal domestic consumption at risk of dragging down the euro zone's fledgling recovery.

The Dutch economy shrank by 0.2 percent in the last quarter, the worst reading for any "core" euro zone country (defined as the Netherlands, Finland and Germany by Goldman Sachs). Plus, the unemployment rate hit 8.7 percent last month, up from 7.5 percent in January. House prices were on average 5 percent lower on the year, following a year-on-year drop of 9.6 percent in June.

"The Netherlands is more akin to a 'peripheral', with dramatically rising unemployment, spiking business failures and economic confidence detaching from the AAA peer group and moving to crisis country levels," Deutsche Bank analysts Paul Reynolds and Mairead Smith said in a research note on Friday.

The tone wasn't much better from Roger Bootle and Jonathan Loynes at Capital Economics. "The Dutch economy's performance over the last few years has been abysmal," they said in a note out on Thursday.

"The Netherlands is stuck in a prolonged slump, despite a fairly tame pre-crisis boom."

The fragile outlook for the Netherlands dents hopes euro zone's core countries can drag the struggling peripheral economies out of recession, wrote Bootle and Loynes. They said that the country's high current account surplus might have helped it retain its top-notch credit rating, but it also meant that imports from other euro zone countries were low.

"Because of the slump in domestic demand, the current account surplus is likely to remain at historic highs, making the periphery's external adjustment all the more difficult," Bootle and Loynes said.

(Read More: Next 'great rotation' could be US to Europe stocks)

Meanwhile, regular polls of the Dutch public show a growing frustration with the ruling coalition. A poll out this week from Peil.nl suggested a swing away from the VVD and PvdA – the two biggest parties in the coalition government – towards Geert Wilders' anti-immigration PVV party.

According to the poll, the PVV would win the most seats in parliament if elections were held tomorrow, while the VVD would lose 20 seats and the PvdA would lose 25.

Reynolds and Smith said the Netherlands risked losing its political consensus for fiscal stability, which could in turn put its AAA-rating at risk. 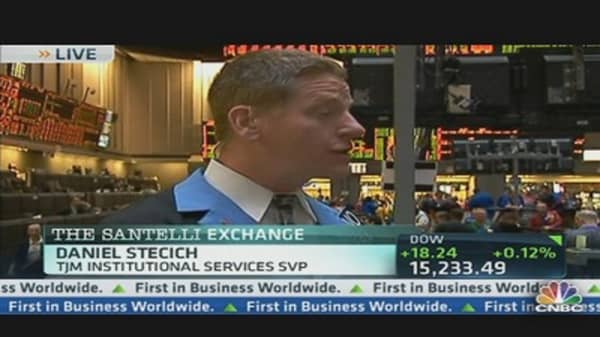 "Political frictions are rising. Opinion polls point to a slump in support for the government, and the radical right and left-wing parties are currently the two most popular parties," they said.

Capital Economics added that the Netherlands' economic difficulties meant Dutch voters were likely to strengthen their opposition to the cash injections and stabilizing asset-buying programs that have boosted the euro zone's periphery.

"The prolonged strain on Dutch households is also likely to harden their attitudes to the euro-zone periphery. Admittedly, they may be more willing to condone relaxing the periphery's fiscal targets, given their own government's persistent deficits," Bootle and Loynes said.