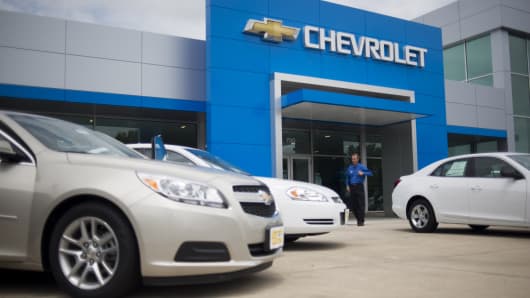 Ty Wright | Bloomberg | Getty Images
A dealer walks out of the front doors of the Jack Maxton Chevrolet dealership in Columbus, Ohio.

For the first time since 2010, Americans are less satisfied with the cars and trucks they're driving, according to the 2013 American Consumer Satisfaction Index.

David VanAmburg, Director of the ACSI said the drop in scores should be a concern for the Big 3, "This could become problematic once demand slackens, making further sales growth more challenging unless customer satisfaction improves."

Overall, satisfaction with 20 different auto brands fell 1.2 percent to a score of 83 on a 0 to 100 scale. ACSI researchers believe customer satisfaction is slipping in part because vehicle reliability may be suffering as automakers ramp up production.

As is often the case with buyer satisfaction surveys in the auto industry, import brands outpaced the Big 3 in the latest ACSI.

Among the list of highest and lowest ranked auto brands, two in particular stand out.

Mercedes satisfaction score increased 4 percent to put the German brand in first place, while Chevy fell 6 percent to drop to the bottom of the list.

The ACSI did not show the Tesla brand among the 20 auto brands in the survey.

For the GM, Ford, and Chrysler the latest ACSI report raises questions about why domestic brands are slipping again. Five of the eight U.S. brands fell in the latest survey.

Just five years ago, the Big 3 and the Asian auto brands were in a virtual tie when it came to customer satisfaction. That's no longer the case.

VanAmburg said the domestics may be losing focus as they add more shifts and run their plants at capacity.

"U.S. automakers may be stretched too thin, ramping up production to meet rising demand," he said. "Quality may be giving way to quantity." 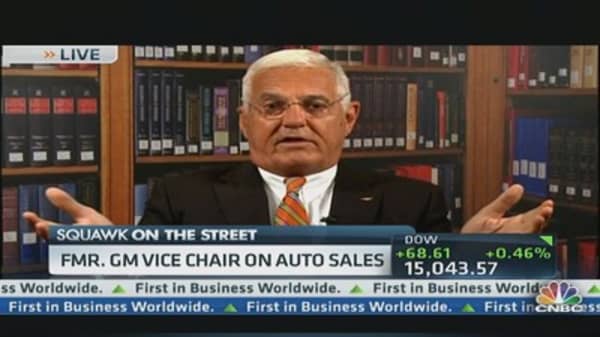 Luxury brands ranked at or above the industry average of 83 includes Mercedes, Lexus, Cadillac and Acura.

BMW, with an ACSI score of 82, is the lone luxury brand ranked below the industry average.

The ACSI was calculated after more than 4,000 consumers were surveyed in April and May.