Gold up 1% as Republicans back US strike on Syria 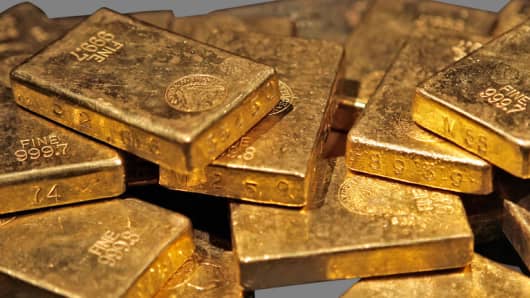 Gold climbed 1.4 percent on Tuesday after President Barack Obama won the backing of two top Republicans in Congress in his call for limited U.S. strikes on Syria to punish President Bashar al-Assad for suspected use of chemical weapons against civilians.

Bullion prices rose to within striking distance to their 3-1/2-year high after John Boehner, Republican speaker of the U.S. House of Representatives, and House Majority Leader Eric Cantor both pledged support for military action.

"When we see headlines that are supportive for a possible attack on Syria, you see gold catch a bid and the U.S. equities pull back their gains," said Michael Matousek, head trader at U.S. Global Investors which has about $1.2 billion in mutual-fund assets.

Investors often move into gold as a safe haven in times of geopolitical tension.

Matousek said prices also got a boost as investors anticipated traditionally strong physical demand in September, when Indian jewelers stock inventory ahead of Hindu festivals that are major gold-buying events.

Early in Tuesday's session, geopolitical tensions drove gold up after Israel tested a U.S.-backed missile system in the Mediterranean. Russia detected the launch and made a disclosure which briefly put world markets on edge as traders looked for any sign of an attack on Syria.

(Click here to track the latest prices for gold.)