Fed will get its inflation; here's who will pay 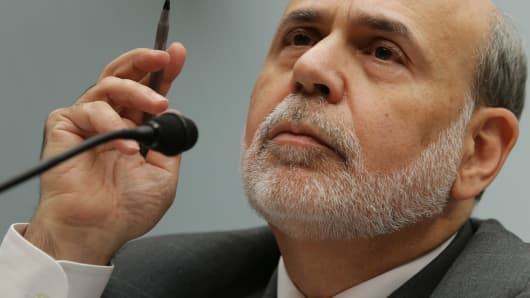 What's good for central banks isn't always good for the individuals they are supposed to serve, a lesson likely to come into view even more clearly in the days ahead.

Higher inflation that's to come will mean still-tough times for savers and retirees, whose money has generated little return since the Fed took over the post-crisis economy.

After pulling the U.S. economy back from illiquidity and indeed the brink of insolvency during the 2008-09 dark days of the financial crisis, the Federal Reserve has been on a thus-far fruitless crusade to generate positive levels of inflation. 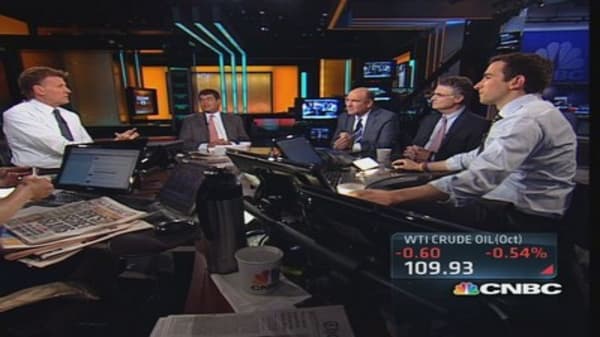 That's the kind that comes when the economy is growing and worker paychecks are able at least to approach the pace of price increases.

So far, the balance sheet expansion to $3.6 trillion has helped generate—if you give the Fed the extreme benefit of the doubt—slow but steady employment increases and subpar economic growth.

Inflation has been confined to the corners that central bankers generally dismiss—rising commodity prices that manifest themselves in gas and groceries—while the numbers economists focus on remain tame, at about 2 percent in the latest readings.

The Fed has set 2.5 percent inflation and a 6.5 percent unemployment rate—currently at 7.3 percent—as the minimum levels for raising interest rates.

In the interim, savers have suffered under the yoke of low interest rates that have helped finance the U.S. debt load while stock market speculators have reaped a bonanza.

But with interest rates accelerating, the economy growing and the Fed charting a course to exit its historically easy monetary policy, the inflation picture could begin changing.

Economist David Rosenberg, who also serves as strategist at Gluskin Sheff, believes the day is near when inflation starts coming alive, and with little benefit to those not in the risky end of the financial markets. In fact, he thinks a mild stagflation—high unemployment and inflation—is in the cards.

(Read more: Most jobless just holding out for the right gig)

In a commentary published with the Financial Times, Rosenberg paints a scenario of an uncertain level of inflation ahead and what that means:

It is not possible to keep real short-term interest rates negative for this long in the face of even modestly positive real economic growth without generating financial imbalances and inflationary excesses down the road.

That simple statement has been dismissed by Fed supporters, who believe the central bank can unwind its mammoth government debt bailout, including nearly six years of financial repression, without causing shocks.

Rosenberg has long been known for his bearish views on the markets and the economy, insisting back in 2010 that the economy was not in the throes of the Great Recession but rather a 1930s-style depression.

Lately, though, he's become more convinced that the economy is recovering, albeit slowly, and is advocating the Fed back off its $85 billion a month bond-buying program known as quantitative easing.

"The economy does not need the current level of monetary accommodation which is distorting market price signals, and there are increasing signs of diminishing returns," he wrote in a report for clients last week.

There's also another problem with the Fed and its efforts to engineer a Goldilocks recovery: Continued pain for those who are more conservative with their money, Rosenberg said in the F-T.

The Fed and other central banks are hardly going to be touching short-term interest rates, which will remain negative in real terms for years. So financial repression will remain the order of the day, until the Fed gets what it wants – which is inflation expectations heading up to 2.5 per cent.

The practical impact of that level will mean a 30 percent increase in consumer prices over the next 10 years.

This surreptitious default move is one peg in the restoration of a more comfortable debt to GDP ratio. But the policy-driven move towards higher inflation will help devalue the outstanding real level of what are still huge liabilities. That is not price stability: it is more bad news for pensioners and those who live on fixed income investments, and good news for Uncle Sam and other debtors.