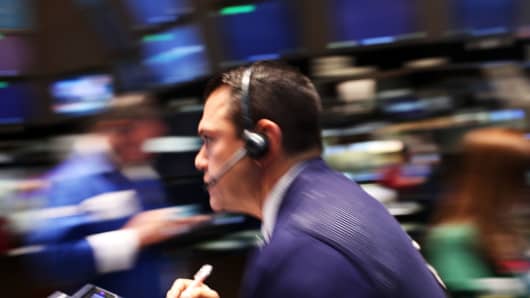 Investors were increasingly bullish on U.S. stocks in August despite some confusing economic data, a possible reduction in Fed stimulus and the turmoil in Syria, according to data culled from the largest pool of retail traders by TD Ameritrade.

The firm's proprietary "Investor Movement Index," released Monday, showed a 5.16 reading last month, up from 4.87 in July and was among the five highest readings ever in the indicator's three-year history.

"They continue to look for buying opportunities in what appears to be a more confusing economic environment," said Nicole Sherrod, TD Ameritrade managing director. "And they are buying on the dips again."

While retail investors have a reputation for being the so-called dumb money, those who use TD's trading platform correctly turned bearish in July, just before the S&P 500 had its worst month in more than a year in August, falling 3.1 percent. In fact, the IMX index has correctly predicted the market's next move over the past three months.

These individual traders are bullish at a time when mixed signals on the strength of the U.S. economy are causing great uncertainty. Last week, a pair of reports from the ISM—one on the manufacturing sector and another for services—both came in better than expected. But Friday's jobs number fell flat—with employers adding just 169,000 jobs in August.

In addition, final numbers for June and July were revised sharply downward and the number of unemployed still actively looking for work fell to a 35-year low.

And some experts say more market volatility could be on its way in September. Congress is back from its summer recess and will likely vote on a strike against Syria by Friday. Next week, the Federal Reserve may reach a decision to begin scaling back its $85 billion bond-buying program.

Despite all this the retail investor appears fearless—tactically buying the unloved and selling outperformers.

Names TD clients bought included lagging material names such as BP, Kinder Morgan Energy Partners and Potash. At the same time, they sold positions in financials and technology, which were among August's best-performing sectors.

Another area investors took big profits in was highflyer Netflix, according to TD's peek into its client's trading activity. In fact, it was the most sold stock among the services sector of the market.

"They thought it was getting top heavy," said Sherrod, who pointed out the $325-plus valuations for the stock being discussed by analysts and investors in the media. For the stock to get there, U.S. subscriptions would need to triple, said Sherrod, citing a valuation tool used on the TD platform.

Instead, these investors plunged money into Amazon which has been stalling and is down 1.5 percent in the past month. 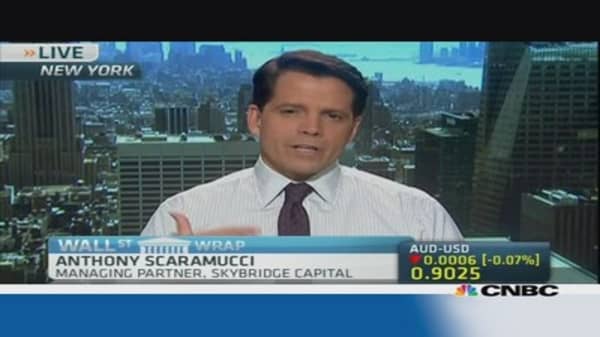 What makes the retail investor's bullishness even more surprising is the seasonally weak time frame. September is historically the worst month for markets—the only one to average a decline over the past 20 years, according to research firm Bespoke Investment Group.

TD uses a formula for its index that weighs active traders more than less frequent buyers and sellers among its 6 million funded accounts.

The firm releases this unique look into client activity in an effort to create a sentiment reading that is more of a leading indicator, rather than a contrarian measure which many on Wall Street contend retail sentiment indicators have become.