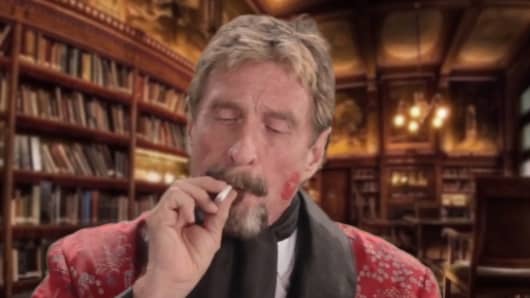 John McAfee and danger have a long history.

The founder of McAfee software claimed he would die and allegedly also faked a near-death experience. The man wanted by Belize authorities in the shooting death of a former neighbor managed to escape that Central American country last year, claiming police would kill him. He also reportedly escaped deportation from Guatemala by faking a heart attack. 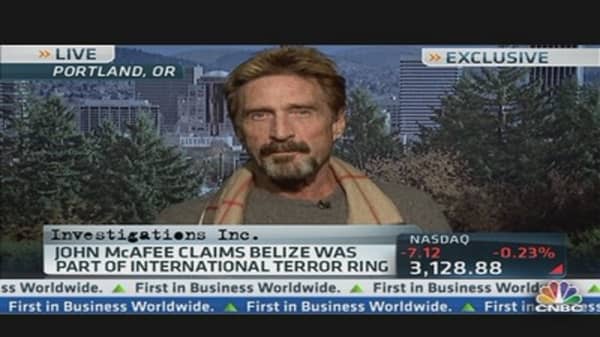 Still, reports Monday of his demise have been greatly exaggerated.

An Internet report claimed the high-living former tech CEO died at the Palms Casino Resort in Las Vegas, "a result of a suspected cocaine and alcohol fuelled (sic) binge." The first clue that this might not be the case was McAfee's official twitter feed sending out the story of his death. In the tweet, McAfee (or someone claiming to be him) said, "I felt fine when I went to bed last night."

Another tweet followed two hours later, saying, "For those wondering if im dead the answer is...'The Media is killing me, but somehow im still tweeting' #NotDeadYet." The tweet


At first, calls and emails to McAfee went unanswered. CNBC called Las Vegas police and the Palms Casino Resort. Palms spokesman Alex Acuna replied, "While it's generally not our policy to comment on guest matters, the above mentioned, did not happen here."

Finally, producer CNBC Jeff Pohlman reached the man himself by phone. No, McAfee did not die. Yet.

"I felt great when I went to bed last night in Portland and woke up very much alive," McAfee told CNBC. He said he had no idea why the report hit the wires.

He might want to keep an eye on those dogs, though. They look angry.