How To Keep Coaches 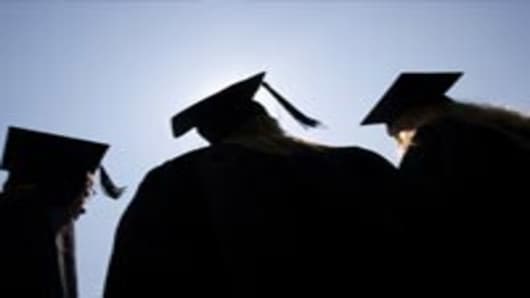 SOME MIGHT BE FRUSTRATED that Miami Dolphins head coach Nick Saban is heading to Alabama, but with the pay package college boosters can help provide, you can't really blame him.

But here's my idea. Since coaching contracts don't effect any cap, why not ask the fans - like they essentially do in college football (albeit not that overtly) - to help subsidize the cost of their coach. They could actually keep a coach or two.

The other thing about college is that coaches can control their destiny better than in the NFL. Sure, draft picks are one thing, but recruiting is better.

Imagine if you were a CEO and were given the choice of picking 10 new kids out of college every year, but you'd have to be involved in a draft with 31 of your competitors, compared to essentially having your pick of 20 first round picks from the best schools.

Get Some Help:
I don't blame some of the college kids, but its time New York Giants quarterback Eli Manning got some media training. In roughly 10 minutes on an interview yesterday with ESPN 1050's Michael Kay, Manning used the phrase "you know" between 50 and 100 times (I lost count as I was driving in rush hour to the airport.) I'm not sure if its out of nervousness or habit, but if I'm Tom Condon (his agent), I'd at least attempt to have someone work with him. "You know" interrupts almost every sentence and makes it difficult, frankly, for him to get his point across. Ultimately, if he doesn't do anything about it, it will hit Manning and Condon in the pocket in the marketing game.

Pay Per Decal?
Is anyone else getting the sense that there's a behind the scenes decal game being played between Cingular Wireless and the college football coaches in the BCS games? Each head coaches headgear is decked with different logos in different places and some more than others. With the exposure potential for Cingular being great, I couldn't help but wonder if there was a pay-per-decal program, especially when Boise State coach Chris Petersen came trotting out in Monday night's game with a logo on the headgear's mouthpiece - something I've never seen. The fact that Petersen would be the BCS coach that would take the money more than anyone else (because he has the smallest contract) makes me curious. 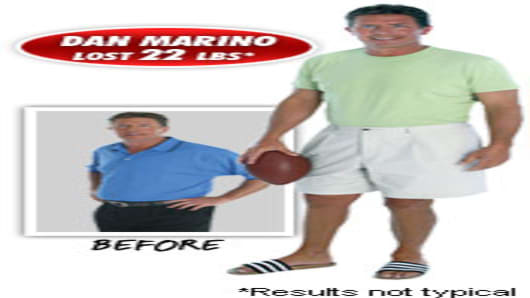 Something Nu:
Kudos to the folks at Nutri-System who have really figured out that the way to grow revenues is to tap into the huge potential of guys who want to lose weight. How do you do that? Convince them that it's manly and cool to use your product by using a slew of NFL players. It started months ago with Dan Marino, but their new commercial not only includes him, but his former coach Don Shula, and ESPNers Mike Golic and Sean Salisbury. If the weight claims they make are accurate, and they really used the product as they say, these ads are more effective than 95 percent of the sports marketing that is out there.