Yahoo said Sunday that its chief domestic sales officer resigned and the company will merge its search and display advertising departments in the U.S. as the Internet powerhouse fights to catch up with online search leader Google Inc. 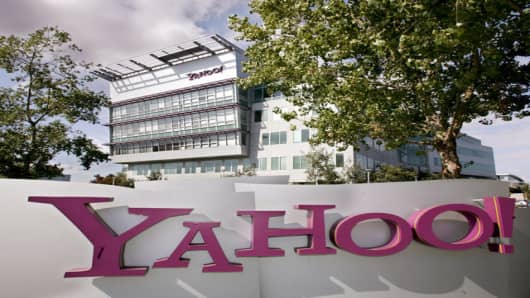 Yahoo said it hopes the latest shake-up will streamline the way it sells advertising to customers who increasingly want to buy ads across a variety of formats, from being linked to search terms to popping up as a graphical display to being shown as video.

While praising Millard's contributions over her past six years with the company, Sunnyvale-based Yahoo said the industry has changed and the company needed a manager with different skills to push the company forward.

Millard, who has been a member of Martha Stewart Living Omnimedia's board for the past three years, will oversee the company's publishing, Internet and broadcasting activities. 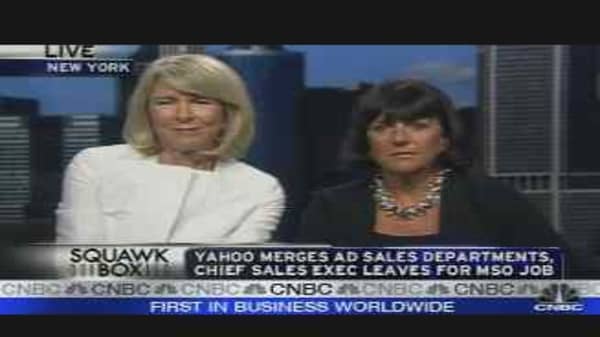 "It's been clear to us for awhile that to really maximize the potential of our media businesses, we needed to consolidate publishing, Internet and broadcasting under a strong strategic head," said Lyne. "I pushed to get her here sooner, but she felt a commitment to her Yahoo team and wanted to make sure they were well-positioned going forward."

"By taking a more holistic approach to advertising sales, Yahoo will become a more consultative seller, which should make buying complete solutions easier for our customers across Yahoo and our partner network," Karnstedt said in a statement. "These moves will also enable our world class sales team to more effectively meet the needs of our advertisers -- not just today but well into the future."

Yahoo has been looking for ways to gain ground on Google in the lucrative online advertising market, where Yahoo ranks a distant second despite once being the larger of the two companies.

One major hope for Yahoo is the upgraded advertising system it introduced in February. However, the payoff from that system isn't expected to start materializing until later this year.