A Washington, D.C. judge ruled Monday in favor of a dry cleaner that was sued for $54 million over a missing pair of pants. 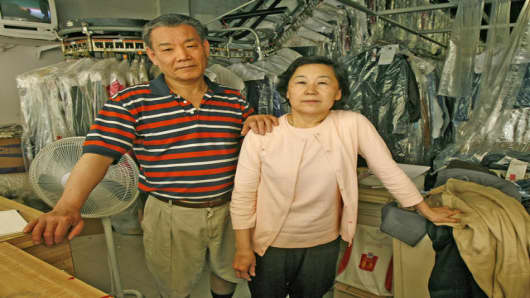 Jacquelyn Martin
Jin Nam Chung and Ki Chung stand inside of their dry cleaning business, Custom Cleaners, in Washington on Wednesday, May 2, 2007. The Chung's are being sued for 65 million dollars over a contentious pair of pants belonging to a local judge, and for using signs that the judge claims were deceptive. (AP Photo/Jacquelyn Martin)

The owners of Custom Cleaners did not violate the city's consumer protection law by failing to live up to Roy L. Pearson's expectations of the "Satisfaction Guaranteed" sign once displayed in the store window, District of Columbia Superior Court Judge Judith Bartnoff ruled.

"A reasonable consumer would not interpret 'Satisfaction Guaranteed' to mean that a merchant is required to satisfy a customer's unreasonable demands" or to agree to demands that the merchant would have reasonable grounds for disputing, the judge wrote.

Pearson, an administrative law judge, originally sought $67 million from the Chungs, claiming they lost a pair of trousers from a blue and maroon suit, then tried to give him a pair of charcoal gray pants that he said were not his. He arrived at the amount by adding up years of alleged law violations and almost $2 million in common law fraud claims. 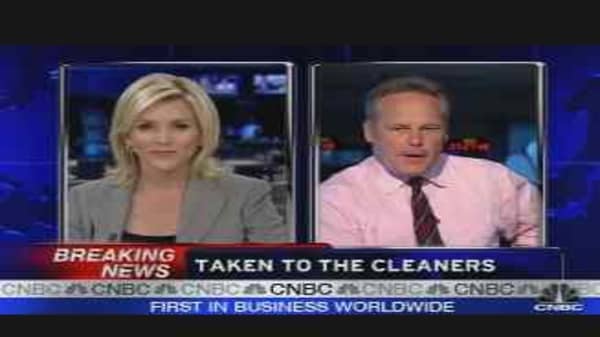 Bartnoff wrote, however, that Pearson failed to prove that the pants the dry cleaner tried to return were not the pants he taken in for alterations.

Pearson later dropped demands for damages related to the pants and focused his claims on signs in the shop, which have since been removed.

The court costs amount to just over $1,000 for photocopying, filing and similar expenses, according to the Chungs' attorney. A motion to recover the Chungs' tens of thousands of dollars in attorney fees will be considered later.

Chris Manning, the Chungs' attorney, praised the ruling, which followed a two-day trial earlier this month.

"Judge Bartnoff has spoken loudly in suggesting that, while consumers should be protected, abusive lawsuits like this will not be tolerated," Manning said in a statement. "Judge Bartnoff has chosen common sense and reasonableness over irrationality and unbridled venom."

Pearson did not immediately respond to a call and an e-mail seeking comment.