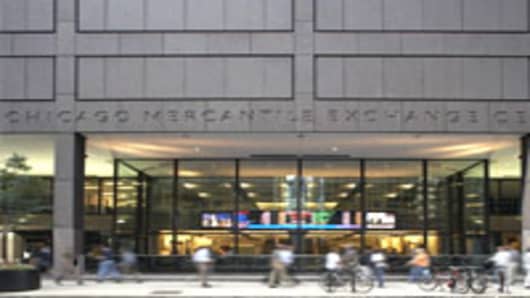 Excluding expenses from this month's merger between Chicago Mercantile Exchange and Chicago Board of Trade, second-quarter earnings would have been $3.69 per share.

Analysts on average had expected net income of $3.66 per share on revenue of $330.51 million, according to Reuters Estimates.