Stocks, Gonzales, Giuliani: All Worth Watching This Week 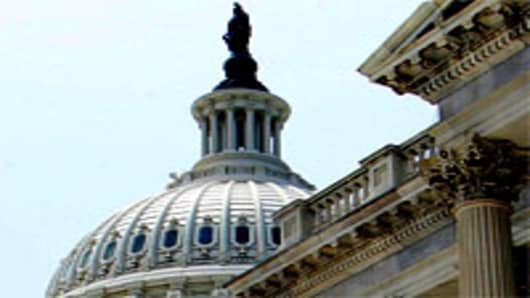 Here are a few things I'll be following this week, as the capital battles summer doldrums:

*Washington Watches Wall Street. Top Bush advisers I talked to over the weekend shrugged off last week's market turbulence. One noted dozens of movements of similar magnitude on a percentage basis in recent years. Another cited Ben Stein's observation that market hand-wringing is "not anything but smoke being blown." The Dow opens Monday 6 percent upfor the year. Still, a continued slide could further sour the mood of the "investor class" and complicate the continuing White House effort to derive credit for solid overall economic performance. 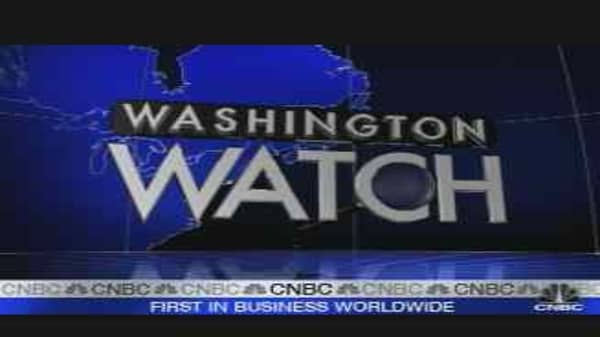 *Democrats stretch for the lobby-reform goal line. A House Democratic leader I talked to over the weekend was giddy over a House-Senate deal on lobbying reform, including new "cooling off" restrictions on lobbying by ex-members and disclosures of lawmakers' fund-raising "bundlers". After running against the so-called "culture of corruption" of Congressional Republicans last year, Democrats need this accomplishment badly to keep their low ratings from sagging even further. The House aims to pass it this week. The Senate outcome is less certain. Though Republican leader Mitch McConnellhasn't staked out opposition, some GOP members might filibuster to prevent Democrats from getting anything done. That's a risky tactic on this issue, but possible.

*Bush aides try to get past Gonzales controversy. The woebegone Attorney General's pummeling on Capitol Hill last week dispirited White House officials by interfering with what they considered political progress. After divisive debates over Iraq and immigration, President Bush and his team have been trying to rally the Republican base by picking fights with Democrats on tax and spending issues. Treasury Secretary Hank Paulson has called for corporate tax cuts, in contrast to Democrats attempts to boost taxes on hedge funds. Bush has threatened to veto Democratic spending excesses--even on the politically popular turf of children's health care. Neither stance is a winner among the public overall, but uniting Republicans is a prerequisite for the president's return to relative political health. Baby steps first. We'll see if the White House can take more of them this week.

*Republican retake the 2008 presidential spotlight. Last week was dominated by the Democrats' YouTube debate, the Clinton-Obama foreign policy dustup, and the "cleavage controversy" over a Washington Post article about Hillary Clinton's neckline. All those subjects took center stage on the"Meet the Press" roundtable I joined yesterdaywith Tim Russert and several journalistic colleagues. But we are just a few days away from the next Republican debate at a time of ferment on that race. Fred Thompson is lurking, Mitt Romney is rising, and Rudy Giuliani is trying to hold his front-runner status. I catch a flight to New Hampshire in a few minutes to join Giuliani in New Hampshire for a couple of town meetings. New Hampshire is critical turf for Giuliani, since it emphasizes economic conservatism rather than the social conservatism that's so strong in the Iowa and South Carolina early contests. Romney has a lead there now.

I'll blog later on how Giuliani is battling to move up.