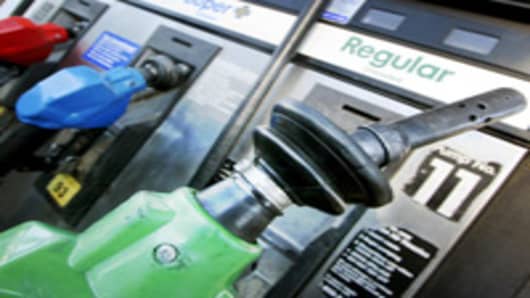 U.S. producer prices fell by a much larger-than-expected 1.4 percent in August as energy prices slumped, government data showed Tuesday, it's good news for the Federal Reserve as it weighs an interest rate cut.

The Labor Department said it was the largest fall in producer prices since a 1.5 percent dip in October 2006, while the 6.6 percent decline in finished energy prices last month was the sharpest fall since April 2003's 8.0 percent drop.

Gasoline prices fell 13.8 percent last month, marking their largest drop since September 2006 when they fell 15.9 percent, the Labor Department said. However, oil has since rebounded and U.S. crude oil notched a fresh record on Tuesday of $81.24 a barrel.

"The August PPI was good news. There was a decline in energy prices that helped pull the overall index down and core inflation looks relatively modest," said Gary Thayer, chief economist at A.G. Edwards and Sons in St. Louis. "The PPI supports the view that inflation is less of a threat and that the Fed can cut interest rates in order to help the housing market," he said.

Producer prices were released as the Federal Reserve gathered to consider a cut in U.S. interest rates to ward off the impact of a credit crunch stemming from problems in the subprime mortgage market on the wider economy.

A closely watched quarterly earnings report from investment bank Lehman Brothers Holdingsconfirmed the subprime mortgage market meltdown and subsequent credit squeeze was hurting profits at U.S. securities firms. Still, the 3.2 percent drop in Lehman's earnings from the year before was not as steep as Wall Street had expected and for the moment allayed investors' worst fears about the depth of the crisis.

Economists polled by Reuters forecast producer prices -- a gauge of the prices paid at the farm and factory gate -- would fall 0.2 percent last month from an unrevised 0.6 percent gain in July.

Core prices were unaffected by changes in the price of cars and trucks, a Labor Department official said, since car prices rose 0.5 percent in August while light truck prices fell 0.9 percent, broadly canceling each other's impact out.

Both core and overall producer prices rose 2.2 percent in August on a year-on-year basis. Other data Tuesday also signaled weakness in the wider economy. Research firm RealtyTrac said U.S. home foreclosure filings rose 36 percent in August to 243,947, the highest since it began its monthly report in January 2005 and 115 percent above the year-ago level.

That translates into one foreclosure filing in August for every 510 households, also a high for the RealtyTrac report. "The jump in foreclosure filings this month might be the beginning of the next wave of increased foreclosure activity, as a large number of subprime adjustable rate loans are beginning to reset now," James Saccacio, RealtyTrac's chief executive, said in statement.

Another report from the International Council of Shopping Centers and UBS Securities showed U.S. chain stores sales fell 1.1 percent last week. The year-on-year gain, however, held at 2.9 percent, the same as in the prior week. Data from Johnson Redbook also showed retail sales rising year on year.