Stocks meandered this week because investors were reluctant to make a move before the big jobs report Friday. What's the trade as the big number hits? 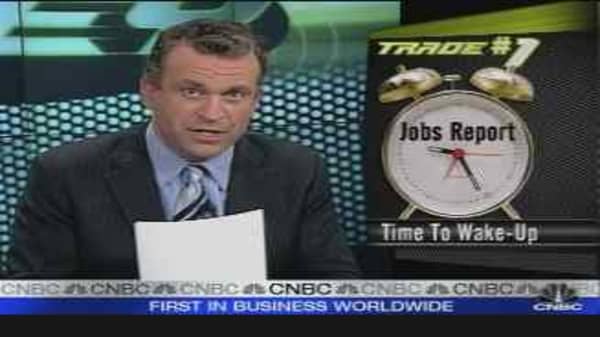 Jeff Macke says if the jobs number comes in around 100K stay the course in consumer stocks. It also means the Fed will likely cut rates.

Tim Seymour thinks this scenario is good for banks and commodities.

Dylan Ratigan explains under this scenario a rate cut is much less likely.

Tim Seymour explains commodities stocks rallied on the belief that easing is here to stay. A strong jobs numbers puts that in jeopardy.

Jeff Macke says a strong jobs number is needed for a strong Holiday sales in retail.

Tim Seymour says a job contraction for the second month in a row could suggest a trend.