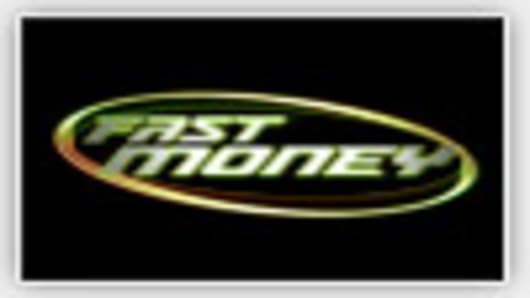 With shares of one-time tune titan Warner Music Group (WMG) down nearly 60% in the last year, it’s hard to argue that the music industry isn't in "Dire Straits".

In fact, one of the very few bright spots is live performance. For example, North American concert sales jumped 16% last year to a record $3.6 billion, according to trade publication Pollstar.

And recently, Madonna inked a deal with concert promoter Live Nation (LYV) which is reportedly worth $125 million. Is the Material Girl's landmark 10-year agreement the wave of the future?

How does the Madonna deal work? 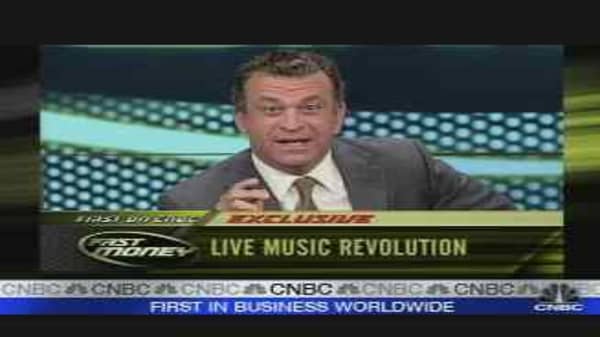 “We have 10 years to maximize all of her revenues from T-shirts, to concerts and films and downloads,” says Rapino. “And through all of that we distribute our profits.”

In other words you basically pay Madonna $12.5 million every year and then you own that content, explains Dylan Ratigan. Is that right?

Can you generate a revenue stream similar to the one lost in CD sales?

“We believe that the internet is the live concert promoters best friend although it might have crippled the record label business," Rapino replies. “The live business (is) connected to the fan, directly, which enables us to sell singles and downloads and everything the consumer wants…”

Is your model to eliminate the role of the label?

“Absolutely, the concert is now moving to the center of the circle for the artist,” says Rapino. “The artist is now looking for the live show and everything that can be done around the live show.”

Will you start a bidding war or will Time Warner (and similar companies) just get out of the music business entirely?

“I think we’re going to start a bidding war over artists who sell a lot of concert tickets.” says Rapino.

He adds, “And if you (already) sell a lot of concert tickets we’re (probably) your biggest partner already, and we’re going to help you sell more.”

Can you afford to pay other artists what you’re paying Madonna?

“I don’t think the roster has to be all that big in our business. There are 5 or 6 artists that sell a lot of concert tickets and we’d like to be deeper involved with them.”

Who are these other artists?

“Dave Matthews, Tim McGraw. U2, The Rolling Stones – there are a lot of artists selling out stadiums around the world that we work with regularly. And end up making most of our money with those artists. And we think we can be deeper partners with them,” explains Rapino.

Is it your ambition to lock up the live concert business and then exploit that into a digital business?

“We believe that the Madonna fan who is buying a $200 concert ticket is in our data base and we have a direct relationship with them,” says Rapino. “We think we can sell them a 99 cent download, or a $14 dollar T-shirt. The ticket is now the center of the transaction.”

But aren’t your artists kind of old?

“We believe there’s a whole new roster that we’ll move into,” replies Rapino. “But today we’ve seen artists who have extended their (professional) lives into their… Frank Sinatra sold out shows into his ‘80’s!”

Dylan Ratigan asks the panel with they think of this stock?

Guy Adami thinks concerts are “Where it’s at!” Pete Najarian says he’s concerned because of the age of the artists Live Nation is pursuing.