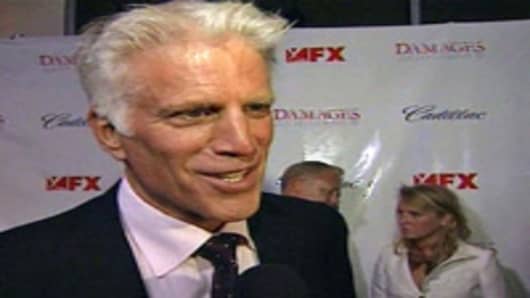 Folks, we are in for a long, ugly strike in Tinseltown unless something gives this week. I covered the Writers strike in 1988, and people lost their homes. Nineteen years later, as Julia Boorstin is reporting, both sides have less leverage because consumers have so many more entertainment outlets now compared to then, from YouTube to Xbox.

So what do the stars think about all this? Here's how I got Ted Danson on the subject. Friday I interviewed him for a story on next Sunday's "High Net Worth" about his 20-year involvement with improving the health of the world's oceans. You'll see more of that part of the interview later this week on CNBC.com (let me just tell you, the guy is as funny and self-deprecating as one could hope for--the opposite of the "Ted Danson" he plays on "Curb Your Enthusiasm").

Attached, though, is part of the interview where I ask him about the strike. Danson has been appearing on "Curb," and in "Damages" on FX, which is in the process of possibly being picked up for more episodes. He also stars in an upcoming film called "Mad Money"--no relation to Jim Cramer! Danson, like many actors, appears to be taking the writers' side. Why? Actors depend on producers to get jobs, but they're not bankable stars unless some writer puts great words in their mouths. 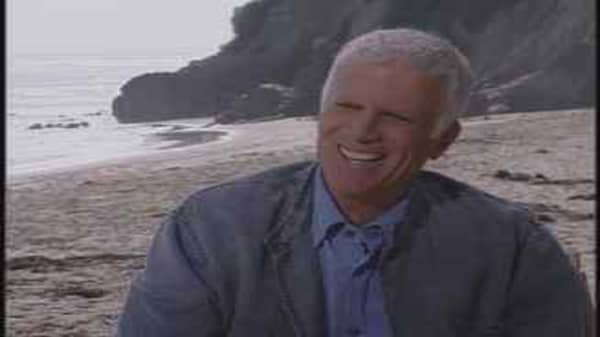 But onto Larry David. Here's what Danson and I talked about off camera. I asked him how much writing goes into "Curb Your Enthusiasm." It seems to me the show is almost entirely ad-libbed. Well, turns out it is, kind of. He says the writers (and Larry) develop an outline for a scene-- ("I have to ask you out to dinner but this is the problem...") and then they ad lib the scene. Then they ad lib it again. And then again. And then they take the best parts of the ad libbing and actually start doing the scene the way they want it.

So by the final take, Danson says he's "back to being an actor." Meaning, he's back to working off a script, albeit a script they formed on the spot in previous takes. He says it's some of the most fun he's ever had... just don't tell Larry.