The deal for 56 stations in 24 markets was announced in April. The private equity firm is considering its options because of underperformance at the stations, a source familiar with the situation had told Reuters on Thursday.

Clear Channel itself is going private in a nearly $20 billion deal led by Thomas H. Lee Partners and Bain Capital Partners LLC. The company said that transaction was not conditional on the TV sale.

"A representative of Providence informed the Company that the Buyer is considering its options under the Agreement, including not closing the acquisition on the terms and conditions in the Agreement," Clear Channel said in a filing with the U.S. Securities and Exchange Commission on Friday.

"The Agreement is in full force and has not been terminated. There have been no allegations that the Sellers have breached any of the terms or conditions of the Agreement or that there is a failure of a condition to closing the acquisition."

If Providence walked away from the deal, it would have to pay a termination fee of $45.9 million minus certain escrowed funds, according to an April filing.

A number of private equity deals have been renegotiated following the credit market crisis. Clear Channel said in an e-mailed statement Thursday that it had a "great television group that is poised to have a record-breaking year in 2008." It continued: "If for some reason the deal does not close, we would look forward to keeping these terrific assets in the Clear Channel family."

In Thursday New York Stock Exchange trade, Clear Channel stock closed down 3 percent at $34.85, below the $39.20-per-share price of the going-private deal. 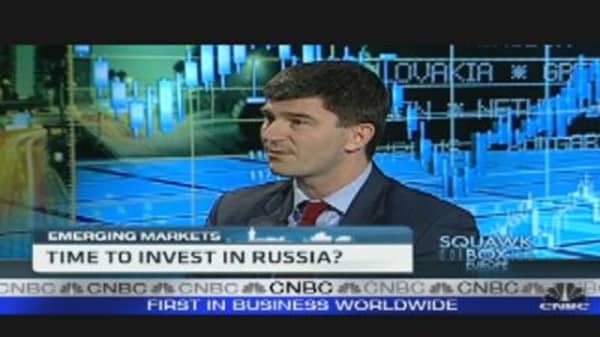