Tuesday’s rally can be attributed to a bounce off an enormously oversold market, Cramer said on Stop Trading!. Enjoy it for a day or two, he said, but be prepared to sell. 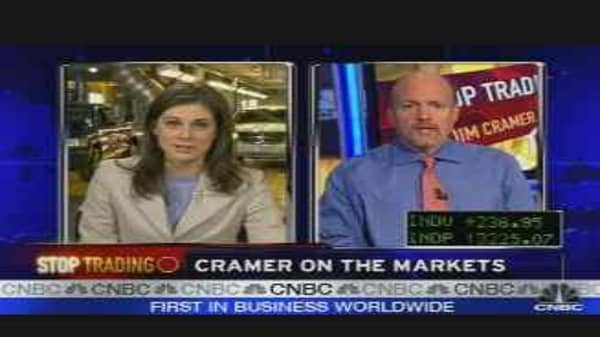 Cramer did express bullishness on Goldman Sachs , saying the options activity suggests the stock could be at $235 to $240 by the end of this week. GS could easily take out its 52-week high in the near future and is the only financial worth owning, he said.

As for the automakers, Cramer said he would stay away from General Motors but buy Ford under $8. He also recommended parts maker BorgWarner as a momentum play on its green technology.