China's industrial production slowed more than expected in October under the weight of government tightening measures, but growth was still by far the strongest of any major economy. 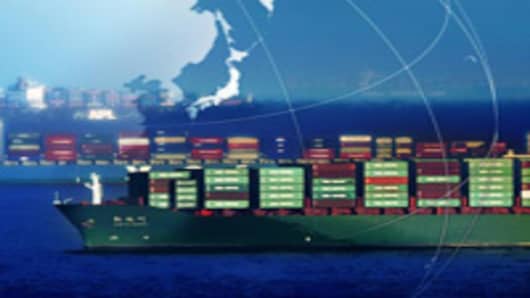 Factories churned out 17.9 percent more goods than a year earlier, below September's 18.9 percent pace of expansion and market forecasts of an 18.3 percent increase.

The dip, along with a slight drop in the rate of export growth in recent months, suggested that a raft of policies aimed at deterring industries that cause pollution and consume a lot of energy may be slowly starting to bite.

"The drop is mainly due to intensified tightening, including curbing bank loans to -- and investment in -- polluting industries," said Lin Songli, an analyst at Guosen Securities in Beijing.

But he said it would be wrong to conclude that China's breakneck growth, which will top 10 percent in 2007 for the fifth year in a row, is about to peter out.

Chris Leung, an economist with DBS in Hong Kong, agreed. He said output growth fell back in October after a super-sized gain in September. A week-long national holiday in early October had an impact, too.

"But even if I discount this factor, the trend is still very robust," Leung said.

Indeed, factory output in the first 10 months of 2007 was up an eye-popping 18.5 percent compared with a year earlier.

The government has scrapped or reduced refunds of value added tax to exports of low-end industries; it has also made it harder for sectors that guzzle energy or pollute the environment to obtain planning permission.

Growth in coal and cement output slowed markedly to just 4.0 percent and 9.8 percent, respectively, from a year earlier; the pace of production of non-metal minerals, ferrous metals, cast iron, steel and cement was also weaker than in the first nine months of the year.

After a rebound in consumer price inflation to a nearly 11-year high of 6.5 percent, economists fully expect another rate rise, possibly as early as Friday.