Stocks staged one of the biggest rallies of the year as hopes for a Federal Reserve interest cut boosted financial services companies for a second day, while falling oil prices eased concern about higher energy costs.

The surge put Wall Street on track for its biggest two-day advance in 4-1/2 years.

The Federal Reserve's Beige Book, which provides an anecdotal description of economic conditions, added to expectations for a rate cut.

The report said economic growth slowed in October and the first half of November as fallout from the housing slump took its toll. 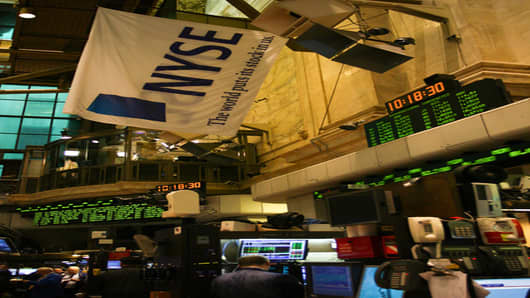 "The implication from Kohn's comments is that the Fed now recognizes that market conditions have changed over the last month... and that the Fed will be approaching the Dec. 11
meeting with an open mind and will do what is necessary to keep the economy stabilized," said Philip Orlando, senior portfolio manager at Federated Global Investment manage

Shares of Citigroup, which helped kick off the rebound Tuesday after getting a capital injection from Abu Dhabi, were the second biggest contributor to the S&P's advance. Shares of insurer American International Group led financial stocks on the Dow.

In addition to expectations of a rate cut, a drop of more than $3 in crude oil prices bolstered shares of consumer-oriented companies such as retailers, in addition to big manufacturers, including diversified manufacturer General Electric, which was the S&P 500's top advancer.

The pullback in oil prices come after they surged close to $100 a barrel on Monday, heightening concern about the impact of higher energy costs on businesses and on consumers during the holiday shopping season.

Financials moved higher as fears seemed to be abating over writedowns from subprime mortgages. Bear Stearns joined the gainers after it announced a 4 percent workforce cutto cover its subprime losses. 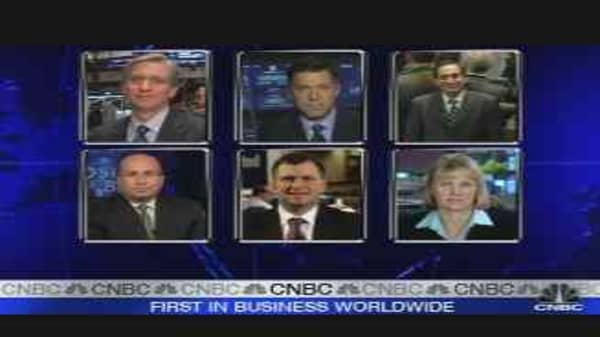 Freddie Mac, the second-biggest provider of money for U.S. home loans, said late on Tuesday it would cut its dividend and sell preferred shares to build up capital.

Wells Fargo fell in after-hours trading on Tuesday after announcing a $1.4 billion chargein the fourth quarter for mortgage losses . But its shares rose 3.6 percent to $30.92 on Wednesday.

Among technology shares, International Business Machines led the Dow's advance with a gain of 3.5 percent. On the Nasdaq, shares of Apple jumped 3.1 percent as the company's iPhone debuted in France.

The dollarcame off highs against the euro Wednesday after beige book report said the economy from October to mid-November expanded at a slower pace than in the previous period.

Treasury prices retreated as stocks looked to ignore the weak durable goods data and focus on hopes for a rate cut.