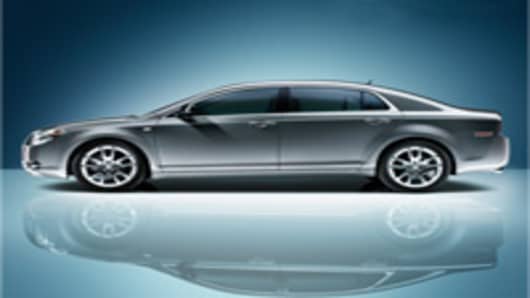 For General Motors , this is pretty darn good. No, let me amend that. This is really good.

The automaker has three cars listed on Car And Driver's best of 2008. It's the only domestic automaker to get a car on the list. And most importantly, the new Chevy Malibu is among the 10 best according to Car And Driver. It's the kind of "stamp of approval" GM and the Malibu have been looking for.

Car And Driver's top ten list is one of the most influential among the auto publications. Editor Csaba Csere and his staff pick models spanning a wide array of price points and each for different reasons.

Some, like the Chevy Corvette are on the list because they deliver great bang for the buck. Others, like the BMW 3-Series, are on the list because they have a level or consistent performance that's hard to beat, according to Car And Driver. In short, the magazine has been praised over the years for being even handed in assessing the best on the road.

For Malibu to make the list is validation GM's product makeover is working. On "Squawk Box," Csere said the Malibu is better than a Camry and close to a Honda Accord. Magic words to the people at GM. The automaker redesigned the Malibu to win back car buyers who have given up on Chevy and moved over to Japanese models. Given the loyalty of Toyota and Honda owners, this won't be easy. But to GM's credit, the Malibu is a huge improvement in terms of styling, and the car has a shot at making the automaker relevant again in the world of sedans. 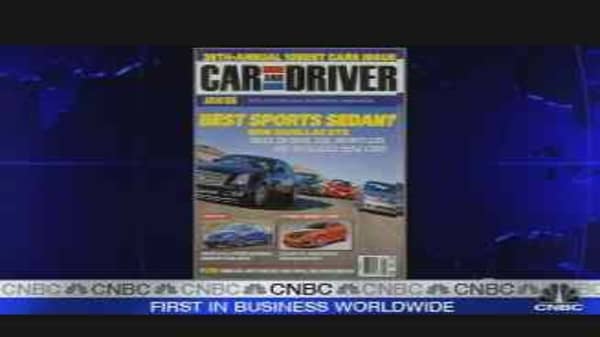 It won't happen overnight. In fact, the Malibu will easily be outsold by the Camry and Accord. But endorsements like the one from Car and Driver are a start. Ask yourself this, if you were in the market for a new sedan, would you look at a Malibu or pick a Camry or Accord.