Your Car Or Truck: Would You Buy It Again? 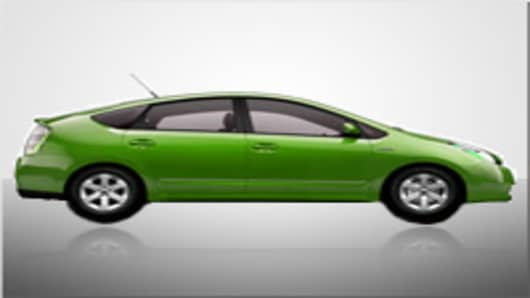 I heard it again Saturday night. I was talking to a friend at a party and he said, "I want a car I'm gonna like...I mean really like." I chuckled and told him, "Join the club." After giving him some suggestions I told him about the latest survey from Consumer Reports on the models with the most satisfied owners.

This morning, Consumer Reports posts its annual survey (subscription required) revolving around a simple question, "Would you buy your car, truck or SUV again?" Some 415,000 people answered and the results are interesting. (With apologies to CR, take our poll and let us know what you think.)

Toyota's Prius is once again #1 (4th year in a row) with 92 percent of owners saying they'd buy it again. Followed by the BMW 335i and Porsch Boxster. The Chevy Corvette is the top American model with a rating of 88 percent.

The real news in this year's survey is the placement of two Hyundai's (Azera and Santa Fe) on the "most satisfied" list (models getting an 80 percent or higher.) I'm not surprised. Hyundai is making huge strides both in styling and reliability. Its models are now competitive with the Japanese "big 3," and I don't think this will be the last time Korean models make the list.

Meanwhile, the American Big 3 have shown progress with the satisfaction ratings of their family cars and this year, one model (Lincoln MKZ all wheel drive) even made the luxury/upscale most satisfied list.

Oh, and in case you are wondering, the worst models in this survey are three domestic "people movers:" the Buick Terraza, Chevy Uplander and Saturn Relay were approved by just 34 percent of their owners.

As for what I told my friend? Let's just say it was one of the 39 models on the "most satisfied" list.