A couple pieces of business to get to before the second day of the Minor League Baseball Logo Tournament resumes.

First, a couple of thank you's. To the readers of this blog, the overwhelming response on Day 1 proves how much people care about something as seemingly silly as this. So thank you to the people who voted almost 15,000 times.

For the first time ever, in a bracket of this type, a No. 16 seed -- the Casper Ghosts -- defeated a No. 1 seed -- the Montgomery Biscuits. The Biscuits were my overall No. 1 so I'm honestly shocked about this development, but this is why I left it up to the people to decide.

And how about a round of a applause for the fans of the Augusta GreenJackets, who took advantage of the 9 a.m. deadline to squeak by the Lake Elsinore Storm.

Congratulations are also due to the Northwest Arkansas Naturals, the River City Rascals and the Lansing Lugnuts, who also advanced to the second round.

A thank you also goes to a reader named Brian Frates, who fired off a passionate e-mail telling us that we had the Trenton Thunder and Yakima Bears logos all wrong and, by the way, did we know that the New Haven County Cutters folded? We did as much due diligence as we could given that we don't cover minor league baseball for a living and we couldn't come up with this. So thanks Brian. You'll see the new logos in the bracket today, the County Cutters have been replaced by the Tri-City Valley Cats and the Fresno Grizzlies -- whose logo is too similar to the Yakima Bears -- has been replaced by the Orange County Flyers.

We also received several notes from people within minor league baseball who objected to us calling this a Minor League Baseball logo bracket because several of the teams involved are not affiliated and are independent teams. I realize this technicality. But as far as we're concerned, they're all eligible here.

So without further ado, vote away. To see teams not included in today's vote, click here. 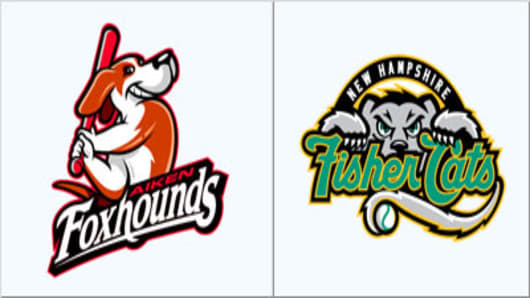 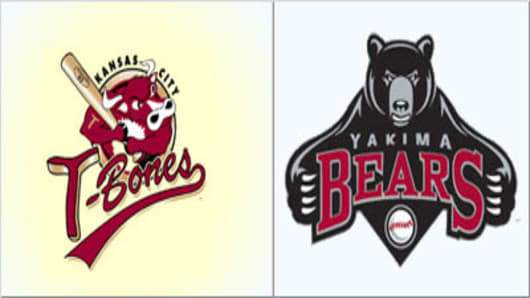 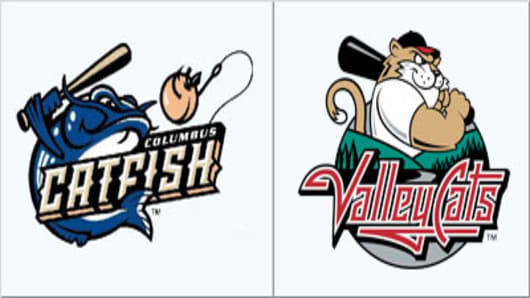 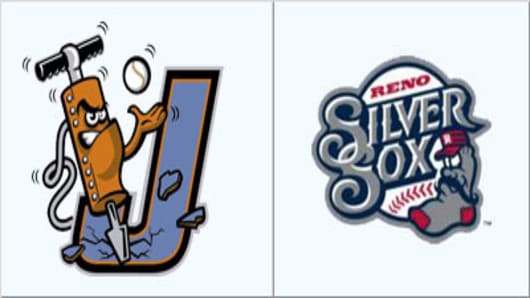 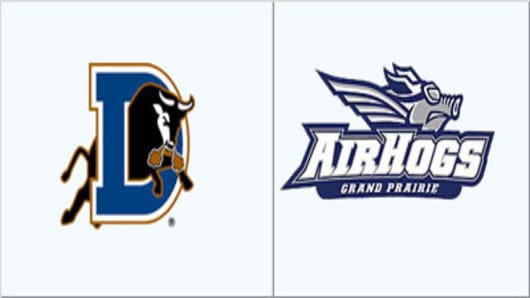