Here's another business news item for my collection of really important stuff that no one will read about: the yield curve.

You know, the yield curve ... the curve that's created when you line up the rates of interest for the different types of treasury notes and bonds.

When things are normal, shorter term treasury notes and bills tend to have lower rates of interest than their 10-year and 30-year cousins, right? After all, the longer you lend someone money, the more chance there is that you won't get the money back. So you want a higher rate of return to make the risk worthwhile.

But sometimes that curve inverts ... investors want more money in the short term than the long term. That's taken as a sign they see trouble dead ahead. Indeed, when yield curves invert, recessions typically follow a few months to a year later. Not all the time, but a lot of the time. (In a previous life, when I worked at a competitor, we did this really cool flash animation of the yield curve. Yeah, it's a competitor, but it's still cool enough to link to). 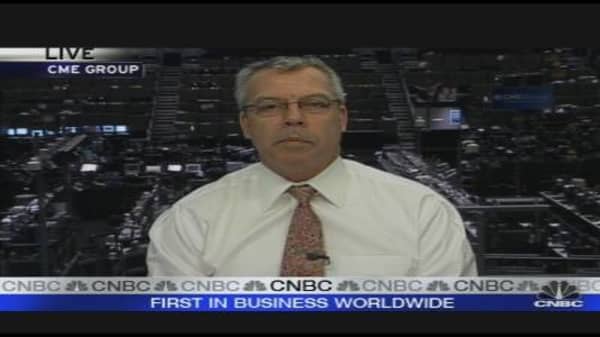 A couple of years or so back, the yield curve inverted. And looky what happened. The good news is the curve is back on track, steepening even. Squawk Box regular Kevin Ferry remarked on that this morning and took it as a positive sign (amid some ribbing from the TV show's crew ... see video). By the yield curve's look, the chance of us being in a recession a year from now is practically nil, he pointed out.

I love watching the yield curve. It says a lot about the market's mindset ... about as much as the Vix.

Yet, unless you are in the belly of the business journalism beast, most reporters and editors aren't going to grasp it. And even if they do, it is a difficult concept to communicate quickly and easily. Like "Libor" and "Ted spread," "yield curve' is not an inviting headline word to most audiences. And if you aren't careful terms like "contango" and "backwardation" creep in, spooking readers even more.

Yes, not a reader friendly subject. But at this point, it's a good news story. The world could use one.