President-elect Barack Obama told CNBC he plans "a substantial overhaul" of financial markets in the coming months, including a major restructuring of regulatory agencies.

"Wall Street has not worked," Obama told CNBC's John Harwood in an exclusive interview. "So it's going to be a substantial overhaul. We're going to have better enforcement, better oversight, better disclosure, increased transparency. 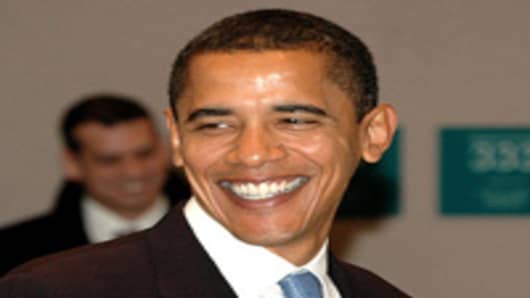 "We're going to have to look at this alphabet soup of agencies and figure out how do we get them to work together more effectively," he added. "We've got to update the whole system to meet the needs of the 21st century."

Obama also confirmed that he plans to lay out a roughly $775 billion economic stimulus plan on Thursday but indicated that the amount could grow once it gets taken up by Congress.

"We've seen ranges from $800 (billion) to $1.3 trillion," he said. "And our attitude was that given the legislative process, if we start towards the low end of that, we'll see how it develops." 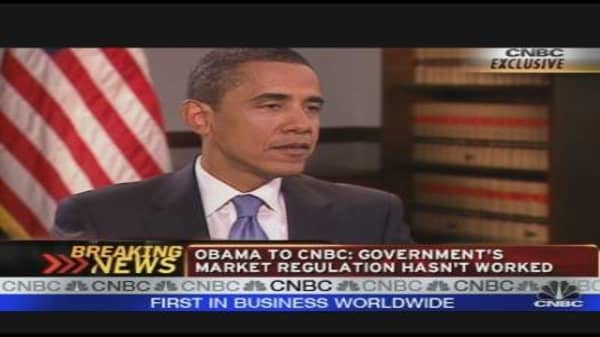 In the interview, Obama also:

—Said he expects to unveil a plan in the "next month or two" to prevent foreclosures, which he called "the most important thing when it comes to declining home values."

—Hopes the US economy will be growing again in the second half of 2009, though "I don't have a crystal ball."

—Indicated that he may not seek a quick repeal of President Bush's tax cuts for people making over $250,000 and will let them expire in 2010.

—Wants to work now on curbing the budget deficit instead of waiting until the economic crisis is over. "We want to see all the things that we can do now under my watch to start bending the curve towards a lower deficit."

—Wouldn't confirm that former Time Warner CEO Dick Parson is his choice to become Commerce Secretary or that Leon Panetta would become CIA chief. But he did indicate that Sheila Bair would stay on as head of the FDIC. 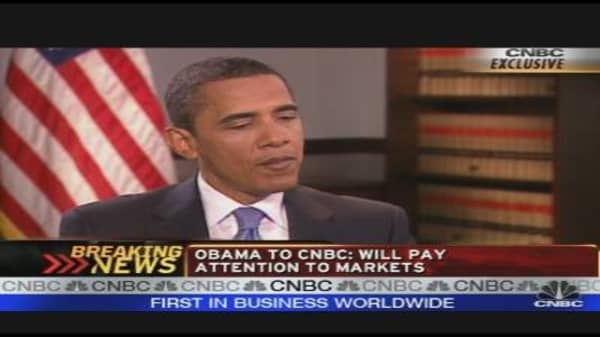 Obama plans to propose $310 billion in tax cuts for the middle class and businesses as part of the $775 billion stimulus plan. Some U.S. governors and economists are pushing for a larger package—around $1 trillion—in both spending and tax cuts. Many Republicans want a more modest bill, possibly in the range of $500 billion.

Video: Obama on staying in touch with Wall Street

"You know, the attitude that I'm going to apply to the tax cuts is the same one that I apply to the investment package," he said. "And that is, is this money well spent? This is taxpayer money, it is going to be adding to the deficit short term. And if we can't justify it, then we're not going to spend tens or hundreds of billions of dollars just to make somebody happy if it's not good for the economy.

Obama also said he wants to avoid living in a "bubble" and will pay close attention to how financial markets react to his policies.

"Given the sensitivities of the market, I've got to pay some attention to market psychology," he said. "Because part of what we have right now is such a loss of trust both in the marketplace and in government. Restoring that trust— restoring that confidence—is going to be very important."

'I'm probably not going to be watching the crawl at the bottom of an interview," he added. "What I will be doing is making sure I'm communicating with key market participants on a regular basis, again to explain to them exactly what our plans our—and to solicit from them good ideas."

Obama also said he's still fighting to keep his Blackberry, which he says helps him keep in touch with people.