Heard in Davos 2009: Dispatches from the Conference

How Turkey Stole the Show at Davos

Want to be a star at WEF? Storm out of a panel, the Congress Center, Davos and Switzerland altogether. 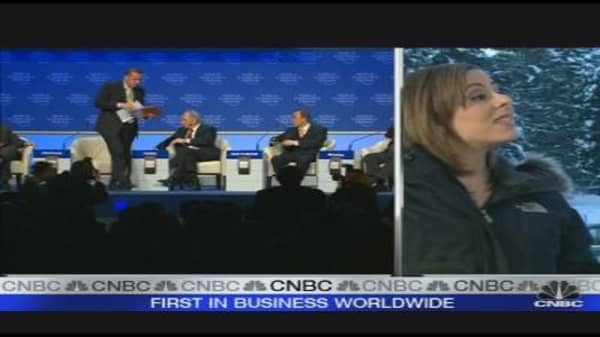 The talk around the Congress Center is how the Turkish Prime Minister Recep Tayyip Erdogan couldn't have made a bigger impact at the meeting and in his country than by leaving the stage and the WEF after a confrontation with Israeli President Shimon Peres at Davos.

I also heard Turkey had broken off their discussions with the IMF before the meeting, so maybe they were just warning up for the evening incident.

The mood seems to catching, too.

After the mere mention of the word "UniCredit" he left. Check out the video of Tremonti's walkout here >>>.