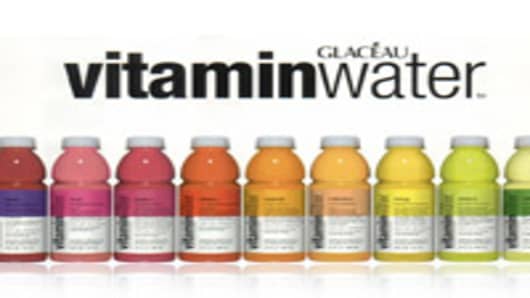 Sick of hearing the Kobe vs. LeBron debatein ads by Nike and Vitaminwater , Dwight Howard, a Vitaminwater spokesmanhimself, called the brand's chief marketing officer Rohan Oza and told him that when the Magic made the finals he wanted his own ad.

So when the team bested James and the Cavs, Oza's phone rang.

"He said he wanted a production crew and a budget," Oza said. "And I don't argue with Superman."

The result is a spot that features the 23-year-old Orlando Magic center doing some of his best impressions, as he takes on different characters who all talk about how good Howard is.

Check out "Dwight vs. Dwight" for the first time here.

The commercial is a great testament to Howard's acting skills, which might be considered as good or even better than James, who showed what he had when he played four different 'LeBrons" in a commercial for Nike.

"The crew tells me his range and versatility of voices is amazing from (Magic coach) Stan Van Gundy to Schwarzenegger to Shaq," Oza said. "I mean, he did three impressions in that ad alone and that's not all of them."

The turnaround time of the spot, which is not only online but will air beginning tonight during the Finals on ABC , is remarkable considering that it was shot in 45 minutes on Monday night at Howard's house.

"Today's technology allows for us to pull this off, but it also speaks to Dwight's passion for our brand and how well he feels Vitaminwater works for him," Oza said. "He wanted to do this. Most brands have a tough time even tracking down their athletes in situations like this."

It will be Vitaminwater's main creative for the Finals, shelving its LeBron vs. Kobe "Great Debate" spot after Howard's Magic knocked out LeBron's Cavs in the Eastern Conference Finals.

That's unlike Nike, which also has Kobe and LeBron on its roster, but will continue to run the puppets commercial depicting the two of them despite the lack of a Finals matchup.