They have been reviled as the bad hats of Wall Street, nefarious traders who cashed in on the market collapse and, some insist, helped precipitate it. 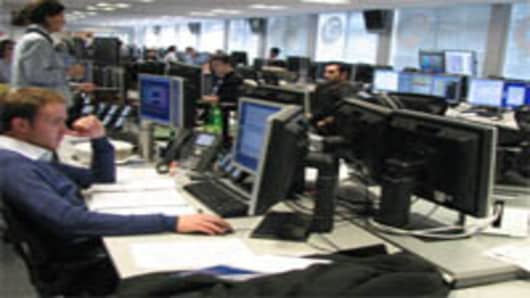 Now short-sellers, the market skeptics who correctly called last year’s downturn, are coming under even more unwanted scrutiny, this time from federal regulators. The Securities and Exchange Commission appears poised to reverse itself and reinstate rules that would make shorting stocks — that is, betting their prices will decline — somewhat more difficult.

Whether the SEC will go far enough to satisfy the many critics of short-sellers is far from certain. The controversial role of these investors has divided not only the financial industry, but also federal regulators. As the SEC considers its options, the debate is heating up.

Hedge funds and big pension funds argue that short-selling is vital to modern markets. Such trading not only enables investors to hedge their risks but also to ferret out weak companies or, as in the case of Enron, outright frauds.

But many banks, whose stocks came under attack last autumn, maintain that unfettered short-selling is dangerous. The shorts, their argument goes, helped bring down Bear Stearns and Lehman Brothers last year.

Many people on Wall Street and in Washington dismiss such claims, arguing that while short-sellers may have accelerated some stock declines, the real problem was the precarious state of the companies’ own finances.

Given the climate in Washington, as well as the running suspicion of Wall Street, new rules seem inevitable, analysts say. Mary L. Schapiro, chairwoman of the SEC, has said that considering new rules restricting short-selling is a priority. Members of Congress like Barney Frank, the Massachusetts Democrat who heads the House financial services committee, are calling for quick action.

For the moment, the most likely outcome may be for the SEC to reinstate a rule that the commission itself abolished with a unanimous vote in 2007, under its previous chairman, Christopher S. Cox. Known as the uptick rule, it would bar investors from shorting a stock until its price ticks at least a penny above its previous trading price.

But current and former SEC staff members appear to doubt that reinstating the uptick rule would have much of an effect on trading. Some say the change would be merely cosmetic.

“The government wants a confidence measure right now, and that’s all this is,” said Lawrence E. Harris, a former SEC chief economist.

Traders, he said, will simply find ways to circumvent the rule, but the commission probably will make the move if only to deflect outside pressure.

“Every crisis requires action,” he said. “It’s not worth fighting over.”

In March, Mr. Frank urged Ms. Schapiro to reinstate the uptick rule. That same month, Senator Edward E. Kaufman, Democrat of Delaware, introduced a bipartisan bill to reinstate the rule, saying its demise in 2007 “added fuel to the fire of distressed stocks and markets.”

But a more radical solution — a so-called circuit breaker that would halt trading in a stock for an entire day if its price fell by a certain percentage — appears to be off the table.

The SEC first enacted the uptick rule during the Depression, after the market crashed in 1937-38. It then voted to repeal the rule in mid-2007, after internal studies showed that removing the restrictions would not have a “deleterious impact on market quality or liquidity.”

To some, the issue is clear-cut. The American Bankers Association, a trade group representing the vast majority of American banks — whose equity values have been especially battered in the last 18 months — recently submitted an opinion in favor of reinstating the short-sale restrictions.

Sally Miller, a spokesman for the ABA, said the member banks thought there was a clear link between the market turmoil and the rule change.

“All of a sudden subsequent to 2007 they can see all their stocks going haywire,” Ms. Miller said. “It’s cause and effect.”

Traders and fund managers, however, say the rule is a part of a broader opposition to short-selling, a tool investors need to bring overvalued stocks back into line. Short-sales, they say, are a frequent scapegoat for companies of exaggerated fundamental strength. Others say that the rule will have little meaningful impact. “I don’t mind what I see as minor inconveniences,” said Whitney Tilson, an author and managing partner of T2 Partners, “if it will get rid of the critics who like to blame short-sellers every time a stock goes down.”

Duncan Niederauer, the chief of NYSE Euronext, which runs the New York Stock Exchange, said in March that while “there was no economic benefit” from having the uptick rule, “it would go a long way to adding confidence.”

The exchange has since officially voiced its support. Joseph M. Mecane, the chief administrative officer for United States markets at the NYSE, said that the exchange was not trying to curb traders’ ability to sell short but was wary of the “kind of herd mentality” that gripped the markets during the few most staggering days of the fourth quarter last year.

“You want some sort of a dampener in those periods,” Mr. Mecane said, “and let the stock breathe a bit.”