With the economy strengthening but still fragile, Federal Reserve policymakers are expected to hold a key lending rate at a record low this week and will weigh whether to extend some programs that were created to ease the financial crisis. 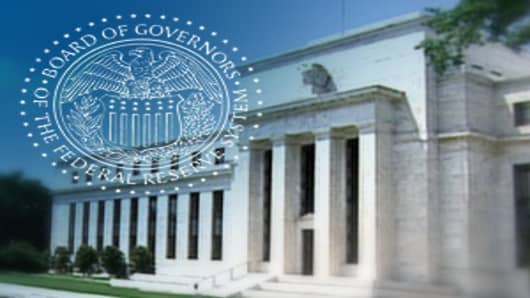 Fed Chairman Ben Bernanke and his colleagues also are likely to signal that while the recession is winding down, the pain isn't over.

Though the unemployment rate dipped to 9.4 percent in July — its first drop in 15 months — economists predict it will start climbing again. Many, including people in the Obama administration and at the Fed, say it could still top 10 percent this year.

For months, consumers have pulled back on spending and borrowing. To try to stimulate economic activity, Fed policymakers are all but certain to keep the target range for its bank lending rate between zero and 0.25 percent at the end of their two-day meeting Wednesday.

Fed policymakers also will probably pledge anew to keep rates there for "an extended period," which economists interpret to mean through the rest of the year and into part of 2010.

"We're doing everything we can to support the economy," Bernanke said recently. "We will try to get through this process. It's going to take some patience."

By holding rates so low, the Fed hopes to induce consumers and businesses to boost spending, even though banks are still being stingy about extending credit.

"The Fed will be guardedly optimistic," said Brian Bethune, economist at IHS Global Insight. "We're seeing initial signs of the economy moving toward recovery ... (but) the underlying fundamentals are still weak."

With numerous signs that the recession is finally ending and financial stresses easing, the Fed will consider whether some rescue programs should continue. Any such decisions, though, might not come at this week's meeting.

One such program, aimed at driving down interest rates on mortgages and other consumer debt, involves buying U.S. Treasurys. The central bank is on track to buy $300 billion worth of Treasury bonds by the fall; it has bought $236 billion so far.

Another program, the Term Asset-Backed Securities Loan Facility, or TALF, is intended to spark lending to consumers and small businesses. It got off to a slow start in March and is slated to shut down at the end of December. Despite this program, many people are still having trouble getting loans, analysts say.

The Fed isn't expected to launch any new revival efforts or change another existing program that aims to push down mortgage rates. In that venture, the Fed is on track to buy $1.25 trillion worth of securities issued by mortgage finance companies Fannie Mae and Freddie Mac by the end of the year. The central bank's recent purchases have averaged $542.8 billion.

In the meantime, the economy has shown clear signs of improvement. Employers cut only 247,000 jobs in July, the fewest in a year, the government said Friday. Wages and workers' hours also nudged up — encouraging signs that companies no longer see the need for drastic cost-cutting. Those developments could deliver a psychological boost to both companies and consumers.

The economy in the second quarter contracted at a pace of just 1 percent, suggesting that the recession, which started in December 2007, is ending.

That dip came after a dizzying free-fall in the first three months of this year. The economy had plunged at an annual rate of 6.4 percent in the first quarter, the worst showing in nearly three decades.

With the economy improving but still weak, inflation should stay low, the Fed says. Given consumers' caution, companies won't have much power to raise prices.

And the weak job market will limit wage growth. Companies aren't going to feel generous about wages and benefits until they are confident a recovery will last.