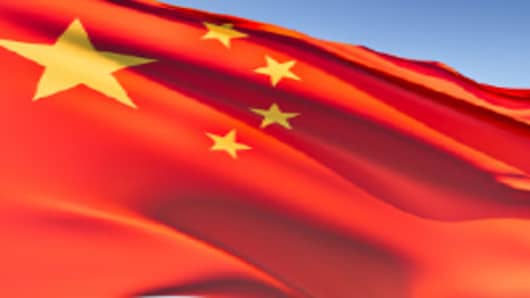 A hugely important story from Ambrose Evans-Pritchard of the London Telegraphthat China is alarmed by U.S. money-printing has helped drive the dollar price of gold over $1,000, at least temporarily, and drive down the exchange rate of the greenback. Other commodities like oil and copper have also rallied today.

At a conference in Lake Como, Italy, a leading Chinese economic spokesman—Cheng Siwei—criticized Ben Bernanke’s loose monetary policy. “If they keep printing money to buy bonds it will lead to inflation,” said Cheng, “and after a year or two the dollar will fall hard.” Cheng went on to say that China was diversifying its roughly $700 billion of U.S. foreign-exchange reserves into gold. “Gold is definitely an alternative, but when we buy, the price goes up,” he said. “We have to do it carefully so as not to stimulate the market.”

Ambrose-Pritchard interprets this as the “Beijing Put” on gold—meaning the Chinese will buy gold on the dips, which is going to prevent the yellow metal from falling hard. It also puts upward price pressure on gold for the long term. Beijing has in fact doubled its gold reserves to 1,054 tons.

As a corollary to this, the Chinese are clearly losing confidence in the U.S. dollar.

And while nobody is much paying attention to a new UN report that the global financial system needs a new reserve currency to replace the dollar, the fact is that Chinese spokesmen (and Russian and Brazilian spokesmen) have said the same thing from time to time.

Incidentally, the G20 meeting of finance ministers and central bankers in London this weekend failed to articulate a fiscal and monetary exit strategy from all their massive spending, borrowing, and money-creating to fight off the financial meltdown and the world recession. The G20 reluctance to exit from hyper-stimulus is also bullish for gold—and, for that matter, bearish for paper currencies in general.

Cheng, by the way, hinted that China is experiencing a speculative boom in stocks and property. But if the Chinese raise interest rates ahead of the Fed they will risk being flooded with hot money that will make the boom even worse. “We have to wait for them,” said Cheng. “If they raise, we raise.”

Many Wall Street traders are dissing the gold-rally story. But I think they’re missing the bigger picture of excess money-creation in the U.S. and elsewhere. As I recall, Confucius once said: Where there’s smoke, there’s fire.