What does $1 million buy you in today's real estate market?

In many parts of the country, it can certainly go a long way. In other areas, however, even with the unprecedented drop in home prices over the the past three years, a seven-figure price tag doesn't necessarily get you an ultra-luxurious apartment or big house in the suburbs. 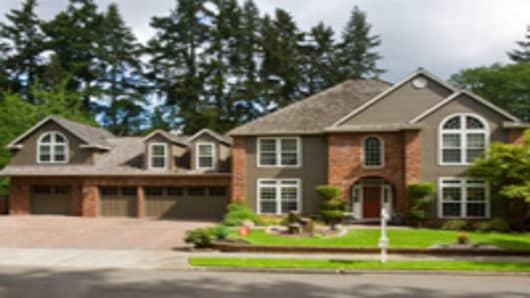 The most recent S&P/Case-Shiller Home Price Index shows that home prices today are comparable to levels seen in 2003, down approximately 33.5% from the all-time highs of 2006 prior to the recession.

The precipitous drop in US home values has taken a toll in personal wealth and well being. The number of homeowners underwater—meaning their home loan is worth more than the market value of the house—is now 23 percent of the 55 million outstanding mortgages, according to real estate information service Zillow.com. (Some estimates put it lower)

With the fundamental stock market strategy of "buy low, sell high" in mind, many real estate buyers these days—whether ordinary consumers or investors—are getting into the game because of bargain prices. Affordability is the best in many years. Low interest rates and an $8,000 government tax credit for first time buyers have brought life back to quiet and depressed markets. Realtors in nearly every local market are increasingly optimistic about the future.

Thus far, that's helped the lower-end of the market, with a brisk trade in foreclosure properties in particular.

But what about in the million-dollar market? CNBC surveyed 19 major cities around the country, from New York City and Los Angeles to Omaha, Neb. and Anchorage, Alaska, to illustrate the great variance in pricing from market to market and the big changes in prices between 2007 and 2009.

In the accompanying slide show, we have paired information and images of properties in the million-dollar range that were either listed for sale or actually sold in 2007 with comparable ones today.

Of all of the metropolitan areas surveyed, the overwhelming majority have seen price decreases since 2007—ranging from as little as -2.3% in Omaha and Charlotte, North Carolina to as much as -49.7% in Phoenix, Ariz.

Only two have seen home value appreciation: New Orleans (+3.4%) and Houston (+3.2%), according to the National Association of Realtors.

New Orleans is a unique situation, as home prices dropped off in 2006 immediately following Hurricane Katrina.

Although Phoenix shows the biggest drop in home values, other cities in states where subprime loans were prominent, such as Las Vegas, have also suffered price declines in excess of 40%.

With realtors predicting that a recovery is finally on the horizon, identifying the real estate markets that are undervalued—instead of simply under water—could mean profitable opportunities and returns.