Retailers Paying Customers to Bring Their Own Bags

Retailers are finding that the best way to get consumers to ditch plastic bags and go green is to give them money back. 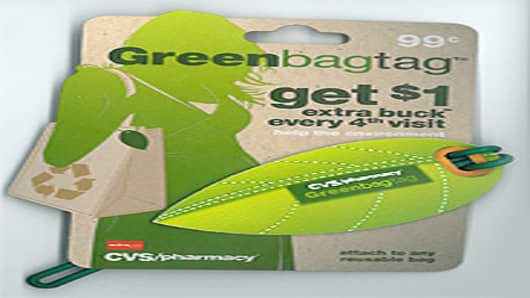 Target and CVS are the latest retailers who are giving discount incentives to customers who bring in their own reusable bags instead of using the store's plastic bags. The move establishes them as green companies in the mind of consumers and reduces pollution caused by plastic bags.

Although smaller retailers have offered incentives in the past, CVS/pharmacy (with about 7,000 stores) and Target (about 1,700 stores) are the largest to do so.

“The general public wouldn’t think of them as green companies,” said Dr. Scott Testa, a business professor at Cabrini College in Philadelphia. “If CVS can differentiate itself and be looked at as the ‘green’ drug store then conceivably they’ll gain more customers.”

In order to participate, CVS/pharmacy customers will have to buy a tag (which costs 99 cents) to attach to their reusable bag and swipe it every time they bring it in. The tag is connected to the company's ExtraCare Rewards program. On every fourth visit, customers will earn a $1 Extra Care Buck that will print on their receipt and they can redeem for future purchases.

At Target, customers will get 5 cents off their bill for every reusable bag they use when they visit. The retailer piloted the program in 100 stores and counted a 58 percent increase in reusable bag use. The program officially begins in stores on November 1, 2009. 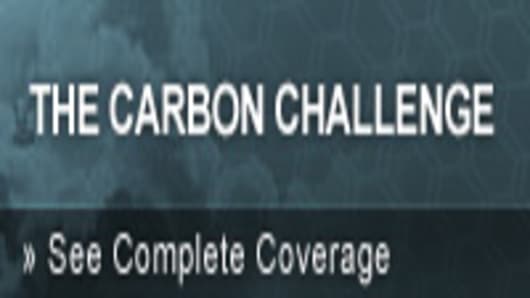 Besides generating a greener image, marketing experts say the move could also help the companies save money by reducing plastic bag use. However, both companies say that money is not their motivation: “We wouldn’t be giving back extra bucks” if it was just about saving money, said Melissa Studzinski, director of relationship marketing at CVS.

“The savings is about the same amount as what we're rewarding our guests for the program,” said Target spokesperson Amy Reilly.

Tackling plastic bag use is a smart move for retailers, experts say, as disposable plastic bags have been a target of environmentalists and lawmakers for years. They say the bags take up too much space in landfills and pollute waterways.

San Francisco was the first city in the United States to ban plastic bags two years ago. Other cities have tried, but so far Los Angeles is the only other major cities to ban plastic bag waste. The ban goes into effect in the middle of next year. Washington D.C. will tax the bags next year in an attempt to reduce use.

Just this week, San Francisco Supervisor Ross Mirkarimi—who played a major part in getting plastic bags banned—introduced a new plan that would make it mandatory for supermarkets and pharmacies to give customers a 10-cent discount every time they use a reusable bag.

While Target and CVS are the latest retailers to introduce bag benefits, smaller retailers have already offered the same types of incentives.

Regional supermarket Stop & Shop gives customers 5 cents off their total bill for any shopping bag they bring from home.

For over a year, Whole Foods Market has been giving customers up to a 10-cent discount for bringing in a reusable bag. The company banned plastic bags from its store checkouts in favor of paper bags in 2008.

The company announced in April of this year that since the ban, 150 million bags were kept out of landfills and reusable bag use had tripled, and continues to grow.

“Consumers are sensitive to being taken advantage of,” said Kristin Heist, a senior strategist at Continuum, a global innovation consultancy.

"With an incentive," she added, "consumers feel like they’re winning—they're helping the environment and saving money at the same time.”