CIT Group, struggling to restructure billions in debt and stay out of bankruptcy court, could finalize a deal in the next 24 hours with Wall Street bank Goldman Sachs over a disputed payment on a $3 billion loan, according to a published report.

The deal, which reportedly has Goldman trimming $1 billion off the total owed, would end lengthy negotiations between CIT's bondholders committee and the New York-based firm over a $1 billion payment Goldman was due if CIT ends up seeking Chapter 11 protection.

Under terms of the new deal, CIT would pay Goldman about $300 million if it enters bankruptcy court, the paper said. 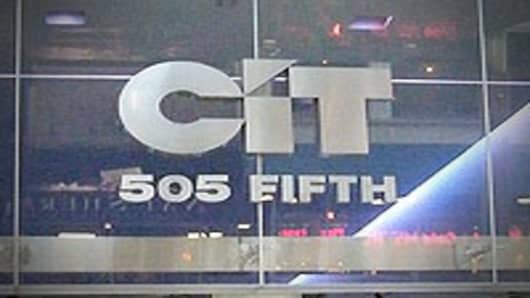 CIT's losses have been mounting as its borrowing costs have outstripped its income amid the credit crunch. The company, one of the largest lenders to small and mid-sized businesses, received $2.3 billion in federal bailout money last fall and a $3 billion emergency loan in July from some of its largest bondholders but still needs to trim its debt to survive.

The Goldman agreement would open the door for CIT to also get billions in new financing from its bondholders, which it could use to reorganize either through a successful debt swap or in bankruptcy court.

The new loan — which is contingent on a Goldman deal being made — would be arranged by Bank of America Merrill Lynch and raised among as many as 50 of CIT's bondholders, the paper said.

Earlier this week, billionaire investor and CIT bondholder Carl Icahn offered to loan the company the $6 billion in new financing it was seeking if it would halt its current debt exchange offer. Icahn has criticized the board for pushing an exchange offer that he said unfairly favors large bondholders at the expense of smaller investors and that also undervalues the company.

But some say Icahn's offer just replaces debt with debt, and therefore doesn't really alleviate CIT's problems. CIT's current debt exchange offer is aimed at getting enough bondholders to agree by Oct. 29 to trim the company's near-term debt by $5.7 billion.

CIT warned Monday in a regulatory filing that it might still have to file for bankruptcy protection even if it completes a debt restructuring. Because CIT is one of the nation's largest lenders to the retail industry, some economists say the company's potential collapse could hurt a U.S. economy struggling to recover from recession.

The company, whether it restructures in or out of bankruptcy court, will soon have new leadership. Jeffrey Peek, CIT's chairman and CEO, announced last week he would retire at the end of the year.