When Sam Zell announced he'd be selling the Chicago Cubs in 2007, many had speculated that the winning bid would be in the $1 billion range. But that didn't account for the fact that during the long drawn out negotiations, a huge economic crisis would hit, freezing up credit markets and making financing for a prospective owner a harder task. 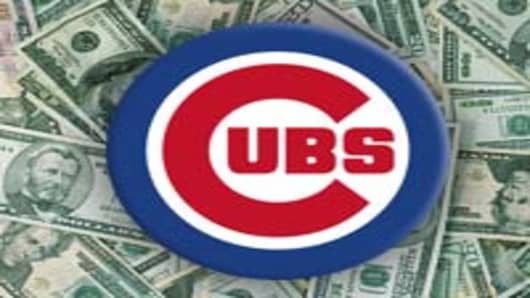 In the end, the deal, which closed yesterday was for a Major League Baseball record price of $845 million.

The new owners, the Ricketts family, got $450 million of that financed, a great feat in this marketplace.

To find out the inside story of the deal, we spoke to Jon Oram, a partner with Proskauer Rose who represented the three banks that financed the deal — JP Morgan , Citibank and Bank of America .

We also talked to Scott Milleisen, vice president of the sports lending division at JP Morgan, which was the lead bank on the Ricketts side.

Oram: From the first day of this deal to the last it was over 1,000 days and we had a financial crisis in the middle of this transaction. There was definitely concern about pulling off the financing when the bids came due. We knew that not many people had $1 billion in equity, so there needed to be some financing. In the end, the Cubs brand and the right family behind it, allowed us to get $450 million in financing on a rate that's as attractive as one could get. It definitely says to people looking to buy sports franchises that the banks are open for business and can pull off big deals like this.

Milleisen: We had everyone, all the way up to the top executives at JP Morgan, interested in helping to get this deal done. It's certainly a record amount in terms of financing for a baseball team and might actually be a record amount for any US franchise. A better indication than the $450 million number might be the fact that we raised between $1 billion and $2 billion and had to actually give people less of the deal than they wanted.