Public health experts worried about the spread of the H1N1 flu are raising concerns that workers who deal with the public, like waiters and child care employees, are jeopardizing others by reporting to work sick because they do not get paid for days they miss for illness.

Tens of millions of people, or about 40 percent of all private-sector workers, do not receive paid sick days, and as a result many of them cannot afford to stay home when they are ill. Even some companies that provide paid sick days have policies that make it difficult to call in sick, like giving demerits each time someone misses a day.

Public health experts say policies like these encourage many people with H1N1, commonly called swine flu, to report to work despite official warnings from the government and most companies that they should stay home.

“For people who are really caught on a weekly income, if they can’t make a go of it, they might say, ‘I’m desperate. I’m going to do what I have to do, and I’m going into work even though I’m sick,’” said Robert Blendon, a professor of health policy at Harvard. 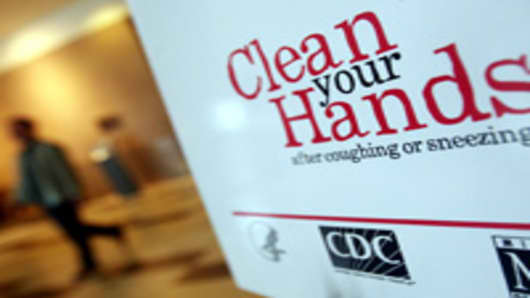 He warned that this might spread disease, and that these financially squeezed workers might send their flu-stricken children to school, infecting others.

Well before President Obama declared H1N1 a national emergency, the federal Centers for Disease Control and Prevention was emphasizing that businesses should adopt “flexible leave policies” to allow workers with the flu to stay home. In one advisory, the C.D.C. encouraged employers “to develop nonpunitive leave policies.”

Despite such recommendations, some employees say they have no choice but to go to work sick.

When Latisha Carter caught H1N1 from her 6-year-old daughter in June, she suffered headaches, chills and diarrhea, but she reported to her $13-an-hour help desk job at a Milwaukee insurer nonetheless. The temp agency that placed her does not offer her paid sick days.

“If you’re sick, they encourage you to stay home, but I couldn’t afford to take off if I wasn’t going to get paid,” said Ms. Carter, 29, who said she stuck to her small work area to avoid spreading the flu.

Georges C. Benjamin, executive director of the American Public Health Association, a group of 30,000 public health professionals, said, “Providing workers with paid sick days is essential if we’re going to get serious about the public health recommendations for swine flu — stay home until 24 hours after your fever is broken. That usually takes about five days.”

For many businesses, H1N1 has created a dilemma. “This is a very difficult issue for companies,” said Nina G. Stillman, a lawyer with Morgan, Lewis & Bockius who advises companies on sick-leave policy. “Employers who do not offer sick days are not prepared to offer them now, and they recognize that this may result in not achieving what they say they would like, which is that people who are sick stay home.”

The C.D.C. says that swine flu is widespread in 48 of the 50 states and has already hit as many as 5.7 million Americans.

Many worker groups and women’s groups have seized on the H1N1 pandemic to argue that Congress should enact legislation guaranteeing paid sick days. San Francisco and Washington have enacted such legislation, but similar measures face obstacles in Congress.

“Sometimes you talk about legislation in the abstract, but this is making people begin to understand the problem,” said Rosa DeLauro, Democrat of Connecticut and lead sponsor in the House of a bill, with more than 100 co-sponsors, that would require employers with 15 or more workers to provide seven paid sick days a year.

Business groups oppose such legislation, calling it expensive and unnecessary. They say that employers already allow and even encourage sick employees to stay home.

“The vast majority of employers provide paid leave of some sort,” said Randel K. Johnson, senior vice president for labor at the United States Chamber of Commerce. “The problem is not nearly as great as some people say. Lots of employers work these things out on an ad hoc basis with their employees.”

According to the Bureau of Labor Statistics, 39 percent of private-sector workers do not receive paid sick leave.

Workers at many retailers and restaurants say their employers’ policies discourage them from calling in sick. At Wal-Mart , when employees miss one or more days because of illness or other reasons, they generally get a demerit point. Once employees obtain four points over a six-month period, they begin receiving warnings that can lead to dismissal.

In addition, when Wal-Mart employees call in sick, their first day off is not a paid sick day (although workers can use a vacation day or personal day), but the second and third days are paid. The policy is meant to keep workers who are not actually sick from taking a day off to, say, go fishing.

Paul Hotchkiss, a support manager at a Wal-Mart store in Hastings, Minn., said the point system pressured him to report to work two weeks ago even though he had swine flu.

“There are a lot of people who have swine flu right now who are going in because they worry about getting fired for having too many points,” Mr. Hotchkiss said.

His supervisor sent him home because he looked pale, he said, adding that he did not see a doctor because he could not afford the company’s health insurance.

Wal-Mart officials say the company insists that workers with H1N1 stay home and has policies making it easy to do so.

Mandy Pillar, a nurse at Linwood Elementary School in Wichita, Kan., said more than 20 percent of the students were out sick when H1N1 swept through two weeks ago.

Flu and the food industry

That survey found that 11 percent of respondents said that they had lost a job for taking off for an illness for themselves or a family member, and 13 percent said they had been told they would be fired or suspended if they missed work because of personal or family illness.

Ricardo Copantitla, a food server at Thalassa, a restaurant in the TriBeCa neighborhood of Manhattan, said he called in sick last year when he had the seasonal flu, not H1N1.

“The restaurant said you have to come to work, because they were short of people,” he said. “I had a bad cough, and I felt tired and terrible. But I went to work because I feared being fired.”

Thalassa did not respond to phone and e-mail requests for comment.

“Our policy is that when team members experience illness, we require that they stay home until they are feeling better,” said Jamie Richardson, White Castle’s vice president for corporate relations. “Our policy provides for time off as people need it.”

White Castle does not provide paid sick days, he acknowledged, but he said that workers who stayed home sick would not suffer lost pay because they could work extra hours after recovering.

Ellen Galinsky, president of the Families and Work Institute, said H1N1 had spurred an attitude shift throughout corporate America. 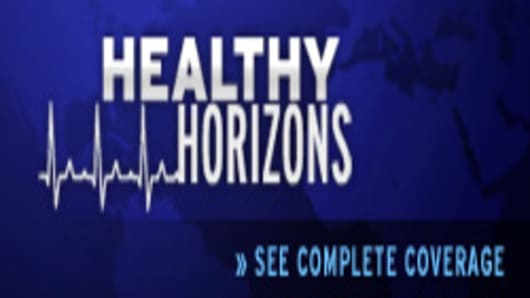 “Before, people looked askance at absenteeism — someone staying out was a problem to the company,” she said. “There was this view that being sick was malingering. But now if someone comes in sick — and there has been subtle pressure to do this — you worry that you can get something very dangerous. You worry that you could bring it home to your children, to your elderly parent, to your husband or wife."