Markets opened higher on Thursday as a strong reading on productivity and an easing in jobless claims helped cheer investors. Will stocks continue to rise from this point? Steve Hochberg, chief market analyst at Elliott Wave International, shared his market outlook. 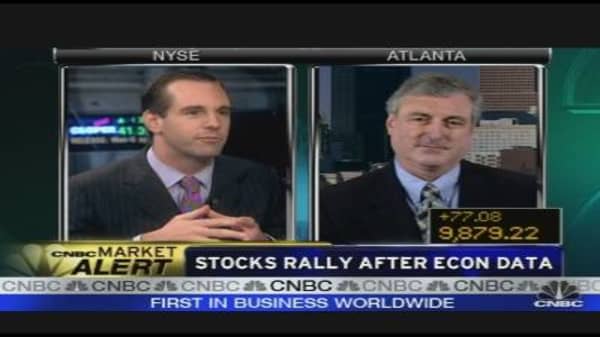 “This has been a bear-market rally,” Hochberg told CNBC.

“It’s been a great rally in terms of percentage gain over a short period of time, but everything we look at in terms of the internals of the market suggests that it’s just a bear-market rally.”

Hochberg said the number of advancing shares versus declining shares has been “contracting on the way up” and the advancing volume on the NYSE has been in a “typical bear market profile”—contracting as the rally extended.

Hochberg said that another important factor is market sentiment.

“Back at the lows in March, you had 2 percent stock bulls,” he said.

“Now we have a rally and we’ve recently had 91 percent stock bulls, which coincided with the closing high on October 19 on the S&P. This is typical of bear market rallies and now we’ve turned over.”

No immediate information was available for Hochberg or his firm.