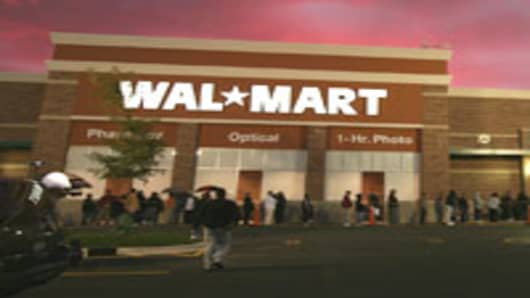 The move led rivals Amazon.com and Target to reduce the prices of some online preorder DVDs, which pushed Wal-Mart to take a few more cents off its offerings.

The world's biggest retailer said late Thursday that it would lower the online prices of new DVDs such as "Harry Potter and the Half Blood Prince" and "Star Trek" to $10.

But when Amazon reduced some of its DVD prices to $9.99, Wal-Mart shot back by lowering its DVDs to $9.98 as of Friday morning.

The retailer, which generated more than $400 billion in sales last year, was embroiled in a book price war with Target and Amazon.com last month that saw the companies lower the online preorder prices on titles such as "Under the Dome" by Stephen King and "Ford County" by John Grisham. Prices dropped as low as $8.98.

As books in the price war have come to market, prices have gone up, though the sellers are still discounting them heavily.

Wal-Mart has been cutting costs and using those savings to lower prices for its shoppers, thereby pumping up its sales. The retailer knows that while the economy has been improving, consumers are still worried about the high unemployment rate heading into the holidays and will likely want to duplicate some of the bargains they experienced last year.

Wal-Mart's DVD price cut follows its announcement late last month that it would reduce prices weekly on top-selling items from bananas to board games and hold those cuts through the holiday season.