Electronic Arts posted earnings on Monday that declined compared with last year, but profit topped analysts' forecasts. The company also announced layoffs of 1,500 positions in another round of restructuring and shares rose in extended trading. 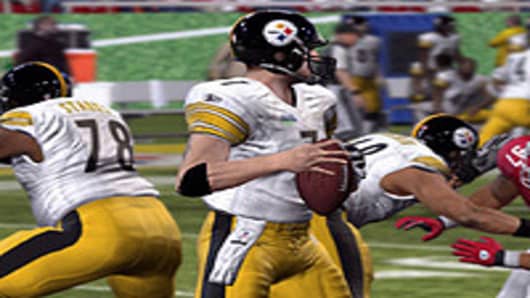 Excluding one-time items, the video game company earned 6 cents in its fiscal second quarter on sales of $1.15 billion, compared with a loss of 6 cents a share on sales of $1.13 billion in the same period last year.

Analysts who follow EA, the publisher of "Madden" football and "Need for Speed," expected the company to turn in a gain of 7 cents a share on sales of $1.13 billion, according to a consensus from Thomson Reuters.

Meanwhile, EA acquired privately held Playfish on Monday for $275 million in cash plus other consideration as the maker of the 'Madden NFL' series expands in the growing social gaming sector. 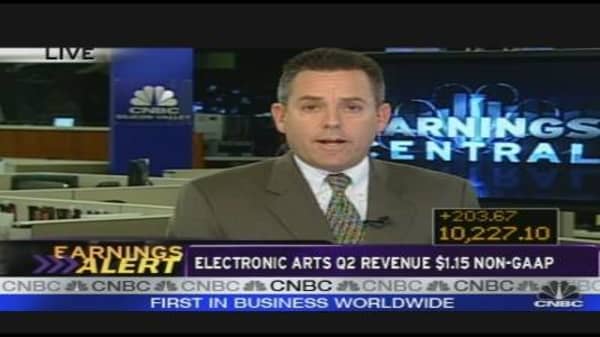 EA paid about $275 million in cash for 2-year-old Playfish, which makes games for people to play on computers with friends, unlike traditional video games that need dedicated consoles.

The deal includes another $25 million in equity retention arrangements, and the sellers could reap another $100 million, contingent upon the achievement of certain performance milestones through 2011, London-based Playfish said.

EA said the acquisition accelerated its position in social entertainment and strengthened its focus on the transition to digital and social gaming.

The video game industry has had a tough time for much of this year after capping 2008 with record sales. The recession has forced customers to cut back on spending, and the lack of big hit titles relative to last year has made year-over-year comparisons difficult.

EA's fiscal third quarter, which closes the calendar year, is expected to bring in a big chunk of the company's 2009 profit and revenue, since the video game industry makes a great deal of its money during the holiday shopping season.

—Wire services contributed to this report.