As health care legislation moves toward a crucial airing in the Senate, the White House is facing a growing revolt from some Democrats and analysts who say the bills Congress is considering do not fulfill President Obama’s promise to slow the runaway rise in health care spending. 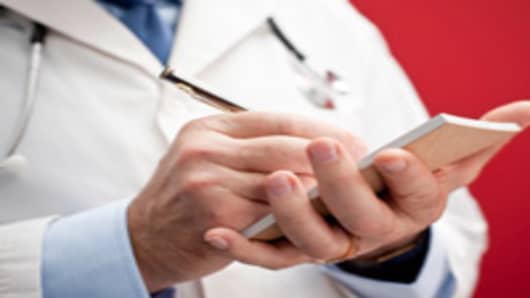 Mr. Obama has made cost containment a centerpiece of his health reform agenda, and in May he stood up at the White House with industry groups who pledged voluntary efforts to trim the growth of health care spending by 1.5 percent, or $2 trillion, over the next decade.

But health economists say it is impossible to know whether the bills, including one passed by the House on Saturday night, would meet that goal, and many are skeptical that they even come close.

Experts — including some who have consulted closely with the White House, like Dr. Denis A. Cortese, chief executive of the Mayo Clinic — say the measures take only baby steps toward revamping the current fee-for-service system, which drives up costs by paying health providers for each visit or procedure performed. Some senators are also dissatisfied.

“My assessment at this point,” said Senator Ron Wyden, Democrat of Oregon and a member of the Finance Committee, “is that the legislation is heavy on health and light on reform.”

There are a variety of ideas for attacking cost increases more aggressively, including setting Medicare reimbursement rates for doctors and hospitals more rigorously and discouraging workers and employers from buying expensive health insurance policies that mask the true costs of treatment.

Among other innovations being considered is a cost-cutting method known as bundling, in which health providers receive a lump sum to care for a patient with a particular medical condition, say, diabetes or heart disease. The House bill calls for the administration to develop a plan for bundling, while the Senate Finance Committee version of the bill gives it until 2013 to create a pilot program.

Some experts would like to see such changes adopted more quickly, and senators of both parties say they will press for more aggressive cost-cutting measures when the bill comes up for debate. But drastic changes in the health care reimbursement system could cost the White House the support of doctors and hospital groups, who have signed onto the legislation and are lobbying hard to keep the current fee-for-service system from being phased out too quickly.

The debate underscores a fundamental tension inside the White House between cost-containment idealists and pragmatists.

The first group includes officials like Peter R. Orszag, the budget director, and Dr. Ezekiel J. Emanuel, the medical ethicist whose brother Rahm is the chief of staff. The second includes Rahm Emanuel and Nancy-Ann DeParle, the director of the Office of Health Reform, who must contend with the realities of getting legislation passed.

“Let’s be honest,” Rahm Emanuel said in a recent interview. “The goal isn’t to see whether I can pass this through the executive board of the Brookings Institution. I’m passing it through the United States Congress with people who represent constituents.”

He went on: “I’m sure there are a lot of people sitting in the shade at the Aspen Institute — my brother being one of them — who will tell you what the ideal plan is. Great, fascinating. You have the art of the possible measured against the ideal.”

Mr. Orszag would not be interviewed. But in an e-mail message sent through a spokesman, he said the current legislation “lays the foundation” for cost-cutting over the long-term, adding: “Will more need to be done in the future? Absolutely.” 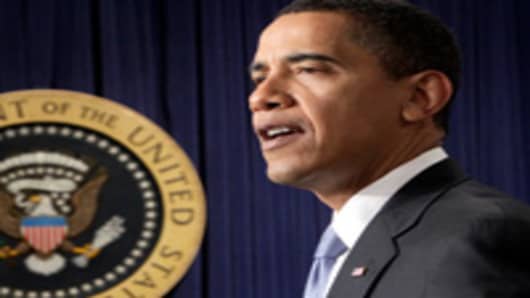 Senator Susan Collins, the Maine Republican whose vote the administration is courting, convened a news conference on Monday with Senator Lamar Alexander of Tennessee, a member of the Republican leadership, to spotlight her concerns over cost containment. Ms. Collins said she had been meeting with a group of moderate Democrats who shared her views.

“I don’t believe we need more pilot projects to show us that health care delivery reforms are necessary,” she said in an interview. She added, “I think people are much more upset over the cost of care than the administration is acknowledging.”

Both the House and the Senate are proposing cost-saving measures. The House bill projects $440 billion in Medicare savings over 10 years; the Senate Finance Committee bill projects about $420 billion. White House officials say there will be additional, substantial savings in the private sector, as well. But how much is not clear.

Still, it is one thing to wring savings out of a bloated system, quite another to change the way that system does business.

Experts agree that the Senate Finance bill does more to put systemic changes in place. That is because the bill includes two measures that health economists favor: a tax on high-value “Cadillac” health plans, and an independent commission that would make binding recommendations on how to cut Medicare costs.

House Democrats strongly oppose the Cadillac tax, which would hurt, among other people, union workers with generous benefit plans. But Ms. DeParle said in an interview that she sensed fresh interest in the House in adopting the Medicare commission idea. “There is a lot of support for cost containment,” she said.

Dr. Cortese, of the Mayo Clinic, said the bills could do more to reward quality care over quantity. He said he had met with Mr. Orszag and others at the White House and had proposed legislative language that would give Medicare three years to begin rewarding hospitals that are delivering better care at lower cost.

“Our position has been focusing on paying for value,” he said, adding, “My take is there are people in the White House who understand exactly what I’m saying.”

Yet a deal the White House made with the hospital industry could make it difficult to cut costs too deeply.

The White House and the Senate Finance Committee chairman, Max Baucus of Montana, agreed to limit hospitals’ payment reductions to $155 billion over 10 years. Those savings will come almost exclusively from “an agreement to squeeze the prices a little bit across the board, rather than reforming the way payments work,” said Mark McClellan, who ran Medicare under President George W. Bush.