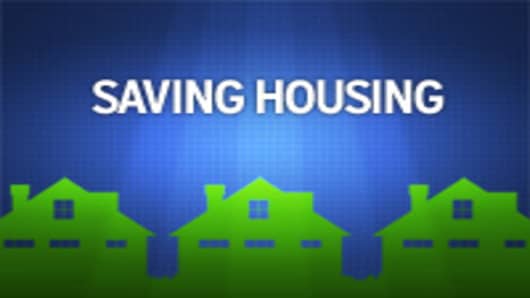 The home buyer tax credit was extended and expanded, and mortgage interest rates have actually been trending even lower, but housing's recovery is still being hampered by new appraisal rules.

At least that's what the builders and the mortgage bankers continue to say.

In the monthly sentiment survey from the National Association of Home Builders, released today, researchers found, "fully one-third of respondents indicated that they have recently lost sales due to low appraisal values.

This is up from a quarter of respondents who indicated as much in a survey taken in July."

The trouble is that appraisers are often using foreclosed or distressed properties as comps. The bigger problem, according to the mortgage bankers, is that the new Home Valuation Code of Conduct, instituted by Fannie Mae and Freddie Mac in conjunction with the New York State Attorney General, Andrew Cuomo, is putting inexperienced, poorly paid appraisers in the drivers seat on the road to housing recovery. The whole idea was to put a fire wall between lenders and appraisers, but it's done more than that, and I won't get into all of it, because regular blog readers know I've done this over and over.

There is currently a bill in the House of Representatives (H.R. 3044) sponsored by Rep. Travis Childers, D - MS, to institute a moratorium on the HVCC, but it's currently stalled. Members of the House Financial Services Committee did get it tacked on to the Consumer Financial Protection Act (H.R. 3126) which passed out of committee in late October.

Tomorrow the National Association of Mortgage Brokers, led by past president Mark Savitt, will deliver 117,000 signed petitions from mortgage brokers all over the country to Attorney General Cuomo's Manhattan office. The petitions, which supposedly fill 50 boxes, seek the repeal of the HVCC

"We're doing this to draw attention to the fact that the home valuation code of conduct is doing nothing to reduce or to prevent valuation fraud in fact it has increased valuation fraud by 46% since it went into effect," says Savitt. "It is harming consumers, harming the housing market, and harming the recovery of the economy as well."

Savitt and his fellow mortgage bankers want it repealed and replaced with the Federal Reserve's anti-coercion policy.