With Restaurants Yet to Recover, Panera Stands Out

The economic downturn has dealt a pretty harsh blow to the restaurant industry, with both the total number of diners and the amount each customer spends declining.

Although several forecasts do not anticipate a recovery in the industry until the second half of next year, Panera Breadhas bucked the downward trend, having shown gains in both customer traffic and transactions throughout the economic downturn.

For the fourth quarter, Panera expects its same-store sales will rise between 4 percent and 5 percent.

Panera Bread CEO Ron Shaich said the chain of bakery-cafe restaurants has focused on improving its offerings rather than on cutting corners during the economic hard times. He said the company has not cutback on its portion sizes or skimped on the quality of its ingredients or the size of its staff as others have done. 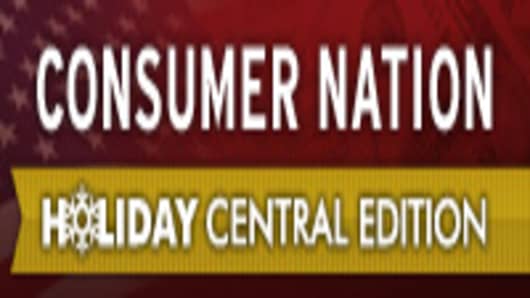 In fact, the company has improved the quality of some of its ingredients, Shaich said. As an example, he cited a new mix of lettuce that includes only the "hearts," or centers, of the romaine lettuce for its salad as an example. Since the switch, salad sales are higher, he said.

According to Shaich, a recession is a "very powerful time to grow a business."

Coming into the downturn with a strong balance sheet, Panera has been able to continue its expansion, and has benefited from lower construction and real estate costs. Rents are down, on average, about 20 to 25 percent, while development costs have fallen about 20 percent.

Panera operates more than 1,360 cafes, and has opened about 70 stores this year. Some 40 percent of the newly opened cafes are company-owned, the rest are franchises. Next year, Panera plans to expand the number of company-owned locations by 50 percent.

This should put Panera in an even more powerful position when the industry bounces back.

According to restaurant industry analysts, consumers have been trading down from sit-down restaurants to fast-casual restaurants in an effort to eat outside the home for less money. However, there are other strong trends that have worked in favor of places like Panera.

Consumers perceive Panera Bread and other fast-casual options as more healthy for them than quick-service chains such as McDonald's . "It's a step up from fast food," said Bonnie Riggs, NPD's restaurant industry analyst.

According to Riggs, consumers may be more cost-conscious these days, but they still are more focused on the quality and taste of their food than its price.

"And it is not about the cheapest price, it is about delivering on the expectation," she said. "The price point needs to equal the experience."

Panera has done a lot to deliver a better experience for its customers. Most stores have fireplaces and free WiFi access, which can make the restaurant a home-away-from-home for telecommuters, students and business travelers, according to Darren Tristano, an executive vice president at restaurant industry consultant Technomic.

The restaurant chain also is benefiting to a trend of more consumers eating breakfast away from home, Tristano said. That trend should continue even after the industry bounces back, he said.

Not that an upturn is right around the corner. Both Technomic and NPD expect a restaurant industry recovery will not begin until the third quarter of 2010. However, in the first half, they expect traffic and sales declines to slow.

"Historically, the restaurant industry neither leads the economy into or out of periods of economic downturns," Riggs said. "This recession is generally believed to be more severe than those in recent history, and this time the industry not only has realized traffic losses, consumer spending has declined as well."

In fact, this is the first time since NPD began tracking the industry in 1976 that the industry realized a decline in dollars spent at restaurants.