Stocks closed modestly higher on Monday as airline shares dragged down the S&P amid new concerns of terrorism.

However losses were limited by retailers , after new data suggested holiday sales were better than expected.

Aside from retail and airlines, the Fast Money traders were also closely watching the action in Treasurys after tepid demand for 2-year notes fueled speculation that higher rates were looming.

What must you know to trade this market? 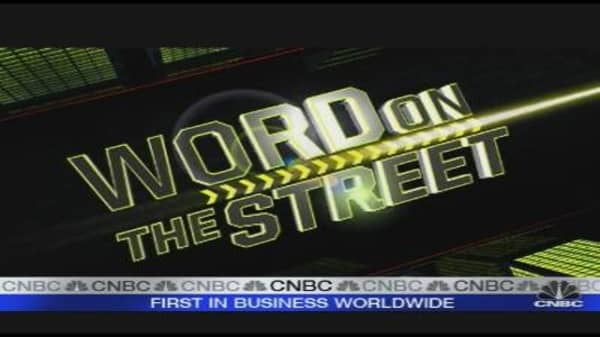 Many traders are telling me that the trade for 2010 is higher interest rates and not earnings, says CNBC’s Bob Pisani, who is filling in for host Melissa Lee.

I don’t think interest rates are heading higher, counters Steve Cortes. I thought the auction on Monday went relatively well, however the harder ones are still to come.

I think the important trade for 2010 is mortgage rates, muses Joe Terranova. And I think if they make a sharp move higher you may see a flurry of home sales.

I think the trade is mutual fund Monday, exclaims Pete Najarian. (That’s a familiar term that Pete has coined for money flowing into the market on Monday’s, which he takes as mutual fund buying.) It’s moving technology, energy the coal names and more.

I’m watching January 8th very carefully, adds Terranova, because that’s when we get the next employment number.

As mentioned above retail stocks were among the day’s best performers after new data showed holiday sales were stronger than expected.

Online sales were a particular hot spot, fueled by a big increase the weekend before Christmas. They rose 15.5 percent on the season, though they make up less than 10 percent of all retail sales.

I think Amazon is a buy even up at these levels, says Steve Grasso.

I’m expecting to see consumers go back into retrenchment in early 2010, says Joe Terranova. I think Walmart and CVS win.

I’m bullish Kroger and a seller of the high fliers, adds Steve Cortes.

The iSlate is generating a great deal of buzz, adds Pete Najarian. To me the retail trade is Apple.

Oil rose on Monday to touch a five-week high over $79 a barrel as expectations of colder weather in the United States and signs of economic recovery boosted the outlook for fuel demand.

As far as I'm concerned the commodity trade is all about the 4 C's; crude, coal, copper and corn, muses Joe Terranova. I’d watch all of them.

Trader disclosure: On Dec. 28th, 2009, the following stocks and commodities mentioned or intended to be mentioned on CNBC’s Fast Money were owned by the Fast Money traders