Stock prices will go higher and the economy is likely to get better next year, said Dennis Gartman, founder of The Gartman Letter. He shared his market outlook for the New Year. 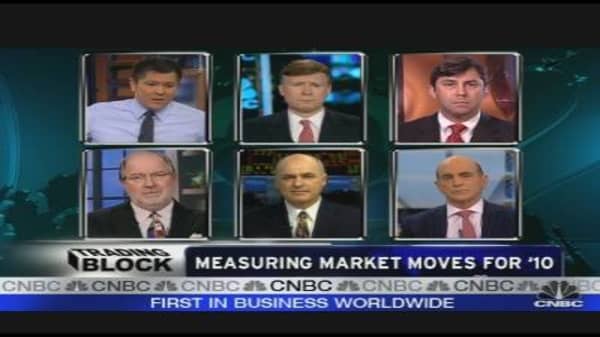 In the beginning of 2009, "I don’t think anybody thought we would be up 20 percent in stocks by the end of the year at all,” Gartman told CNBC.

“It looked like the world was coming to an end—everyone was laughing at the Fed and the Treasury was being excoriated.”

Gartman said the Federal Reserve did what it was supposed to do by forcing the reserves into the system, with the expected results.

“Things seem to be going along the post-recessionary circumstance that we’ve seen so many times since the post-WWII era,” he said.

“I’m not aggressively sell, but at the same time, I’ve hedged it by being long on the U.S. dollar because so many people in the last six months of the year felt that you had to have a weak dollar to have a strong stock market,” he said.

No immediate information was available for Gartman or his firm.