I wanted to call this blog, "Hammering HAMP," but I knew before I wrote it that my editors would nix that. But what a show at the House Committee on Oversight and Government Reform today, as members questioned one of the members of the TARP oversight panel and then got to blast Asst. Treasury Secretary Herb Allison (he's the former Fannie Mae exec who now watches over the Treasury's housing bailout). 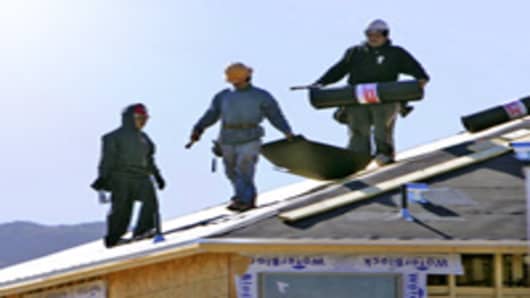 I want to start with Neil Barofsky, Special Inspector General of TARP, who in no uncertain terms, call the Treasury's $75 billion Home Affordable Modification Program a failure. He cited the 3-4 million borrowers that the Administration initially claimed it would help and added, "if this was the goal, absent some unexpected or unanticipated change in circumstances, it will not be met."

He went on to detail troubles with HAMP's implementation: Computer issues, Treasury continually changing the process. Then he hit on the real issue: Initially, Treasury pressured servicers to just get borrowers into trial modifications even without verified documentation. "This created a huge backlog of trial modifications and diverted scarce resources, and worst of all may have actually harmed the people this program was intended to help."

And then came Mr. Allison, who wanted to make sure we all understood that the original goal of the program was not to get 3-4 million borrowers into permanent mods but to offer 3-4 million trial modifications. He even cited some document where that was written.

Okay, semantics aside, I don't believe that was the initial message. I guess it just wouldn't sound too good for the President to stand up at a big rally in Cleveland and say, "Folks, we're going to take 75 billion of your hard earned dollars and try to keep 3-4 million troubled borrowers in their homes. And when we're done you're going to see that less than half of them actually succeeded!!!"

Now let's get to the news. I spent much of yesterday reporting on Bank of America's new plan to do principal reduction on a few specifically toxic loan types in its pot of over a million delinquent mortgages. In an interview on CNBC yesterday, BofA's exec in charge of all that, Jack Schackett, admitted that he had been talking with Treasury officials about government doing something similar.

At today's hearing, Rep. Dennis Kucinich (D-OH) really hit Allison hard on the issue of underwater borrowers, citing BofA's plan and calling for a "broad principal reduction initiative." He added: "What do we have to do to get Treasury to act??"

Allison responded that Treasury officials were in fact looking at principal reduction but were concerned about 1) the cost, 2) the fairness, and 3) the moral hazard. He then noted that the vast majority of underwater borrowers are concentrated in five states and primarily Florida and California, but that Treasury has been "looking at ways of modifying the HAMP program, so we might be able to make this available to some people whose mortgages are underwater." He said we would hear about this in the next few days.

I happen to know from many sources that principal write down in some form is on the table at Treasury, and that the Bank of America announcement yesterday had the Administration scrambling. I also got an email this morning from the FHA Commissioner asking me to send him links to the B of A stories I did on Nightly News yesterday and the Today Show this morning. Hmm.