The marijuana reform movement has had some wins as of late, but in most states legalization is not even on the horizon.

In some cases, there is a long history of conservative thinking, and in others, politicians are vehemently opposed to drug use.

In the Marijuana Policy Almanac, Jon Gettman, Criminal Justice Professor at Shenandoah University in Virginia and public policy consultant, determines that Florida has the distinction of having the nation's harshest marijuana possession laws—five years and a fine of $6,000 for possession of one ounce.

“’I’ll be the first to tell you that they don’t give five-year sentences for marijuana possession in Florida,” Gettman says. “Like everyone else they tend to do probation for first offense or some kind of fine, but the penalty structure does reflect the official basis for the law.”

Combine possession with another crime, say shoplifting, and penalties get tougher.

Not only are Florida's existing laws strict, they're getting tougher. 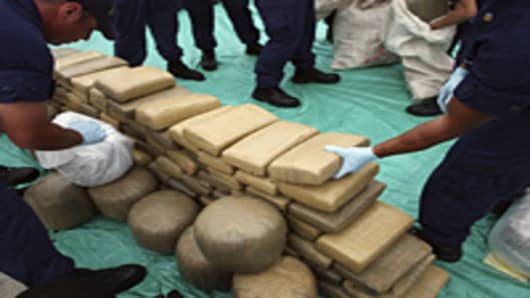 Another piece of legislation under consideration currently in the Sunshine State is being referred to as the “Bong Bill.”The initiative, introduced by Representative Darryl Rouson (D-St. Petersburg), will restrict the sale of pipes, bongs and other drug paraphernalia commonly used to smoke marijuana.

“I’ve been fighting the pipe industry for the longest, because it is all a part of the drug trade and the criminal enterprise that we know exists and destroys neighborhoods, families and order in our society,” Rouson says.

The “head” shops claim that these devices are used for tobacco but they really aren’t, he adds. “When is the last time you stopped at a red light and saw someone smoking a hit of tobacco out of one of these one-shooters or water pipes?” says Rouson.

Last year, he also proposed HB 187, which calls for an extra sales tax on smoking paraphernalia, because he wanted to use the revenue for DARE (Drug Abuse Resistance Education) programs, that were being cut.

“Florida has a conscience and an awareness that marijuana and the smoking and ingesting of it is not healthy for an individual, nor is it healthy for public safety and the order in society,” Rouson says.

Like Florida, Louisianais already tough on marijuana offenders, and is also considering even harsher laws.

Sen. Dan Claitor (R–Baton Rouge), recently introduced SB 576, legislation that calls for an increase inthe penalty for second-offense marijuana possession under the existing law, which now states that "the offender be fined not more than $2,000, imprisoned with or without hard labor for not more than five years, or both."

The bill adds a minimum fine of $250. It also requires that at least 48 hours of the sentence imposed be served without benefit of parole, probation, or suspension, unless the offender is placed on probation with a minimum condition that he participate in a court-approved substance abuse program and perform four eight-hour days of court-approved community service.

Sen. Claitor says, “though many may not agree with me, I believe marijuana is a gateway drug, and this is an opportunity for evaluation on the front rather the backend.”

Louisiana political expert and publisher of LaPolitics.com, Jon Maginnis, says that, “even though Louisiana has a fiscal crisis, it is not a culture of where marijuana is accepted. There is a lot of conservative thinking in the state, people don’t approve of drugs and it is easy to be tough on crime.”

Maginnis adds that once laws are made, it is difficult to get them off the books.

“Part of this is historic,” says Gettman. “Prior to 1970, there were some really harsh penalties about marijuana all throughout the country. In the 1970s, there was a wave of reform, there was the Presidential Commission that recommended decriminalization.” 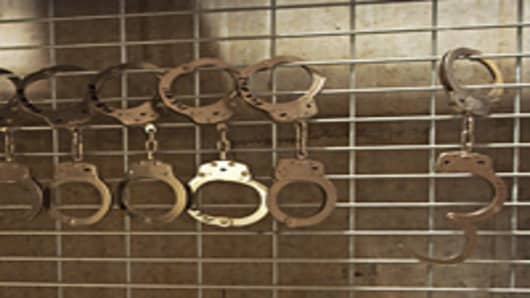 “It is no shock that Massachusettsrecently decriminalized, because Massachusetts, Maine, Vermont, New Hampshire, they have some of the highest marijuana-usage percentages,” he says.

In Gettman’s Marijuana Policy Almanac, the states with the toughest penalties overall include Arkansas, Georgia and Montana. Those with the highest arrest rates of users are Kentucky, Nebraska, South Dakota and South Carolina.

South Carolina, for instance, frowns on marijuana and driving. Under current law, if convicted, there's a mandatory suspension of your driver's license. A bill introduced in early 2009 and still pending would leave that up to the judge's discretion. Another bill—introduced in 2010—would reduce some penalties.

There are, however, a lot inconsistencies in policy and regulations. For example, a closer look at Massachusetts, a state that recently decriminalized, shows there are bills circulating that may whittle away at that voter-enacted law.

Several bills have been introduced that would undermine the new law including ones that would re-criminalize marijuana when used on municipal land and property, in cars and within 1,000 feet of school property.

When it comes to trafficking, states like Florida and Louisiana come down hard on offenders. In Florida, the sale of up to 25 pounds is a felony punishable by five years in jail and a $5,000 fine.

In neighboring Louisiana, selling less than 60 pounds is punishable by five to 30 years and a $50,000 fine.

In West Virginia, pending legislation would make 45 grams the threshold to trigger evidence for the intent to distribute.

On the other hand, while trafficking is still a felony in California, the sale of any amount is punishable by two to four years. There is no fine.

“I think it mainly reflects the underlying attitude of the populations of the state; there are clearly very different political views on average between say red states and blue states,” says Harvard Economics Professor Jeffrey Miron.

“Items end up being priorities for the people who make the decisions for governors, Clearly some amount of it is just dumb luck. You end up with a big law-and-order guy in a blue state or a sheriff who is a laissez-faire guy in a red state. I think it is mainly just a variation of political preferences.”